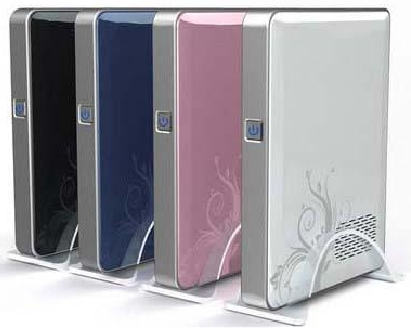 PC maker Haleron is the company behind several dual core (and dual processor) netbooks. Now the company is branching out into nettops with the new Haleron H-BOX line of low power desktops.

The Haleron H-BOX features a dual core Intel Atom 330 CPU and NVIDIA ION graphics. It weighs less than 2.2 pounds and Haleron says it’s less than 1/30th the size of a desktop PC — although the company doesn’t say which desktop PC it’s using for comparison.

The PC features 5 USb ports, an HDMI output, Ethernet, VGA, mic and headphone jacks and a flash card reader. It users 20-25 watts of power and sports a 320GB hard drive and 2GB of RAM. It’s available with Windows XP, Linux, or Windows 7.