Haiku is an open source operating system that’s been under development for almost two decades as an effort to pick  up where the discontinued BeOS left off. But it’s been slow going.

That said, Haiku is said to be a feature complete operating system at this point. The reason it’s still considered beta is because there are known (and likely unknown) bugs. 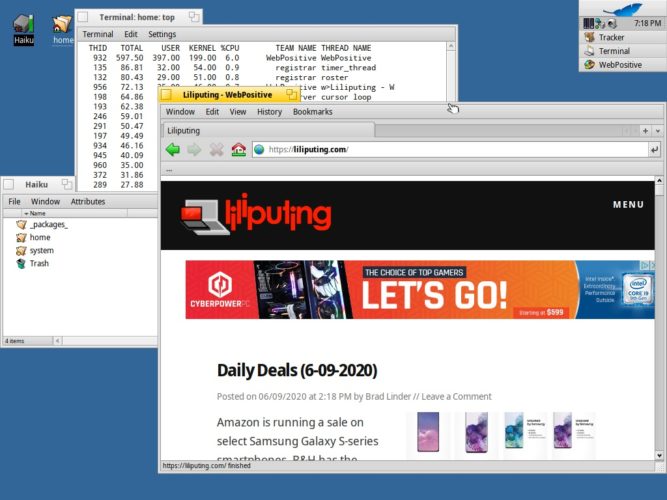 While Haiku is pretty basic by modern OS standards, it includes key features including a web browser, terminal, file manager, and support for third-party apps including LibreOffice and games including Freeciv.

It’s also compatible with applications developed for BeOS R5, an operating system that was discontinued after Palm acquired Be Inc (before Palm was acquired by HP and eventually put out to pasture).

Haiku R1/beta 2 is available in 32-bit and 64-bit builds (although only the 32-bit version supports BeOS R5 apps), and has some pretty lightweight system requirements including just 256MB of RAM, 3GB of storage, an 800 x 600 pixel display, and an Intel Pentium II or AMD Athlon processor.

But there are also modern features including support for HiDPI displays, NVMe solid state drives, and a Webkit-based web browser.

You can read more about new features in the release notes.

via Haiku and Hacker News