Amazon’s Fire tablets already offer a lot of bang for the buck, with list prices starting as low as $50. But this week Amazon is offering deep discounts on most of its Fire tablet lineup as part of a Black Friday sale.

While the tablets run an Android-based operating system, it has a heavily modified user interface and tight links to the Amazon Appstore. Rooting the tablets isn’t always easy, but the good news is that it’s pretty easy to install Google Play and gain access to millions of additional apps, making these tablets even more of a bargain.

Here are some tips and links to get you started. 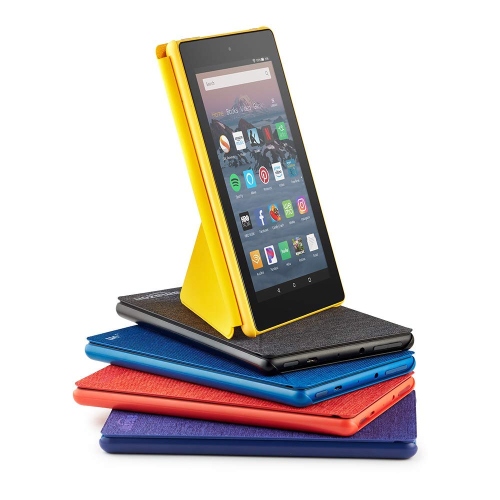 With a list price of $80, this 8 inch tablet with a 1280 x 800 pixel display has always been one of my favorites — especially if you can pick one up at a discount. I personally have a 7th-gen model that I scored during a $50 sale last year.

The 8th-gen model has a higher-resolution front-facing camera, supports microSD cards with more storage, and support for hands-free Alexa. Otherwise it’s pretty much the same as last year’s version.

It does ship with a newer version of Amazon’s tablet operating system (Fire OS 6.3 is based on Android 7 Nougat), but you can get the Google Play Store up and running by installing four apps:

Keep in mind that before you start you’ll need to enable installation of apps from unknown sources (ie apps that are downloaded from outside the Amazon Appstore).

You can find instructions for doing that on a Fire tablet in my 2017 guide on hacking Amazon Fire tablets.

And there are more details about the state of Fire HD 8 hacking at the xda-developers forum.

This tablet’s a little smaller and a little cheaper, but also has less RAM and a lower-resolution display. But during Amazon’s Black Friday promotion it’s just over half the price of a Fire HD 8, which could make it an attractive option. 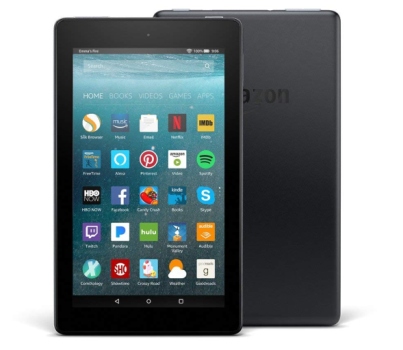 It’s also been around longer and runs an older version of Fire OS… which isn’t always a good thing, but in this case it means there are more tools available for hacking the latest Fire 7 tablet.

For example there’s a single tool that you can use to install Google Play, load an alternate home screen launcher, Backup and restore data, remove ads from the lock screen (temporarily), and perform other actions.

If you just want to install the Google Play Store., that’s relatively easy as well.

You can read more about the latest Amazon Fire 7 tablet hacks and tips at the xda-developers forum.

The largest current-gen Amazon tablet is the only model with a full HD display, it has the fastest processor, and the most RAM, at least 32GB of storage, and the longest warranty (1 year instead of 90 days). 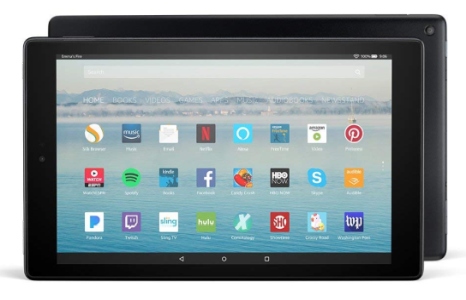 It’s also the easiest of the bunch to root, giving you more control over the operating system and files.

You can find out more about the Amazon Fire HD 10 hacking scene at the xda-developers forum.