The Google Home Mini is to the Google Home smart speaker what the Amazon Echo Dot is to the original Echo: a smaller, cheaper model for folks that want an always-listening voice assistant that can play music and respond to questions… but who don’t want to spend a lot of money.

But there are two key differences:

There’s not much you can do to change the first point, but Youtuber SnekTek took number 2 into his own hands… and gave his Google Home Mini a line out jack. 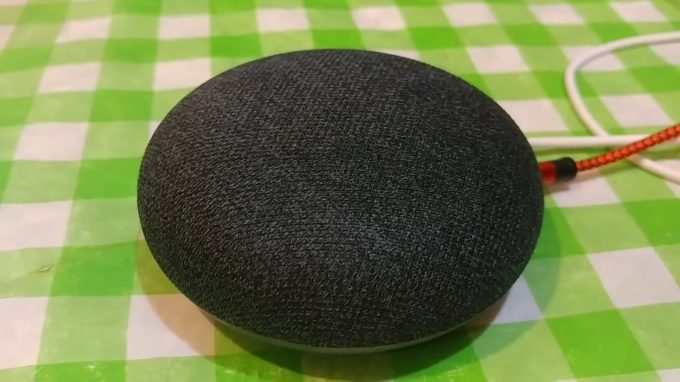 In a video posted to YouTube, he shows the steps for opening up the Google Home Mini, drilling a hole for the headphone jack, measuring the voltage, and soldering the components needed to split the audio signal so it goes to both the built-in speaker and the newly installed audio jack.

The process isn’t exactly easy, since it involves some knowledge of electronics and requires heating up the bottom of the speaker so you can peel off the bottom cover protecting the screws you need to remove to open the case.

But the end result is a Google Home Mini that you can connect to an external speaker if you want to use Google’s voice assistant with a bigger, better speaker.

One thing to keep in mind is that the built-in speaker on this hacked Google Home Mini won’t turn off when an external device is plugged in. So while you could theoretically use headphones, anyone else in the room would still hear the audio.

Then again, if you plan to use headphones, you should probably just plug them into a phone or something rather than a stationary speaker.