Say you’re a Nintendo fan who picked up a Switch game console this year. Time to trade in your old Wii U? Maybe. Or you could rip open the GamePad controller and replace its guts with everything you need to turn the GamePad into a fully functional Windows PC. 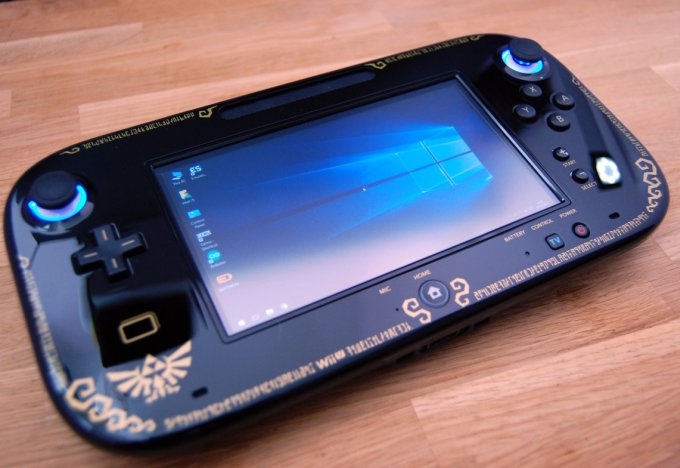 The modified device looks like a GamePad with a custom paint job. But under the hood it features an Intel Core M-6Y57 processor, 4GB of RAM, 64GB of storage, (plus a 128GB SD card), and a 4,000 mAh battery. It also sports a 2560 x 1440 pixel touchscreen display, a USB DAC sound card and stereo amplifier.

The secret sauce is actually an Intel Compute Stick, which provides the Windows-capable hardware. But in addition to cramming the hardware from the Compute Stick inside the GamePad case, banjokazooie added a bit of bling, including RGB lights around the joysticks.

Thanks to emulation software, the modified Wii U GamePad not only runs Windows applications, but you can even use it to play Nintendo games (including Wii U titles), although it should also be able to handle games for other classic consoles.

via Geeky Gadgets and Hackaday