Samsung’s latest high-end smartphones have a feature called DeX that lets you connect the phone to a docking station, hook up a keyboard, mouse, and display and use the phone as if it were a desktop PC.

But what if you’d rather use it like a laptop?

You could try to find an old Motorola Lapdock or try to figure out if the Mirabook or Superbook are ever going to actually ship. Or you could hack apart an old laptop and retrofit it with the components you need to use it as a laptop dock for a Samsung phone (or maybe another phone running MaruOS).

Anyway, xda-developers forum member kreal took that DIY route, and shared some pictures and a video of the system in action. 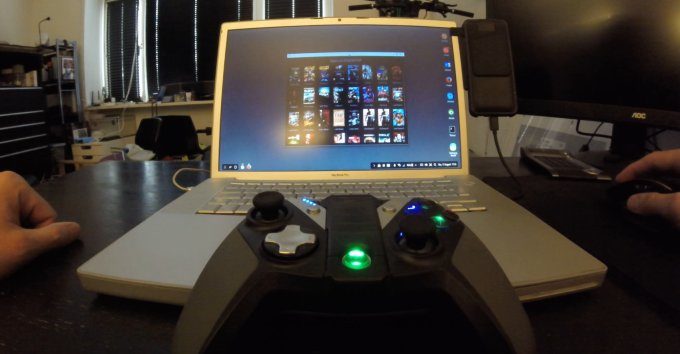 Basically, kreal dissected a 2008 MacBook, took out all the components that made it work like a MacBook, and replaced them with things like an LCD controller board, some new batteries, power converters, a fan, and some other components.

There was also some soldering involved in order to get the MacBook’s keyboard and touchpad to work as USB peripherals.

Now when a Samsung phone is plugged in, the screen displays the Samsung DeX environment and the keyboard and touchpad work as input devices. You can also use a wireless mouse and other peripherals, like gamepads, as shown in the video.

At the end of the day, you’re still running Android, so any apps or games you want to use will be smartphone apps that may or may not look good when scaled up to run on a laptop screen. But if there were more laptop docks like this in the world, maybe we’d see more developers create Android apps that are designed to behave like desktop apps.