There’s no shortage of options for gaming on the go — you could load up games on your smartphone, but a Nintendo DS or Switch or assemble your own retro console.

Or you can tear apart a Nintendo Wii, modify the motherboard, and fit it into a 3D printed (and then painted) case to create a mobile game system that looks like a Game Boy SP, but which can play GameCube and Wii titles… and even work with a Wiimote motion controller.

At least that’s one hardware hacker has spent the last year or so doing. The result is a portable Wii console that looks a lot less frustrating to use than some others we’ve seen. 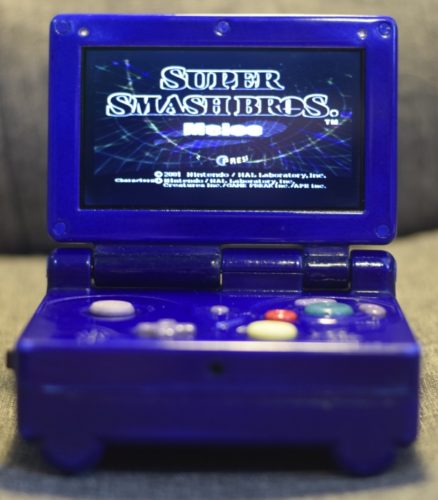 The end result is a portable device with a GameCube-style controller, an integrated fan, a headphone jack on the front, a volume dial on one side and power button on the other, and a USB port and power jack on the back.

There’s also a battery inside, allowing the device to run while unplugged (although I haven’t seen any battery life estimates).

Don’t have the skill and/or patience to build your own “Game Cube Advance SP?” In a forum post, the developer says “I fully intend to make and sell these. Might even do it as a kit or something.”