The Raspberry Pi line of computers can run a wide range of software including a variety of GNU/Linux distributions and Google Android. But while Microsoft’s Windows 10 IoT Core can also run on a Raspberry Pi, there’s officially no way to run a full-fledged desktop version of Windows on the tiny, low-power computer. 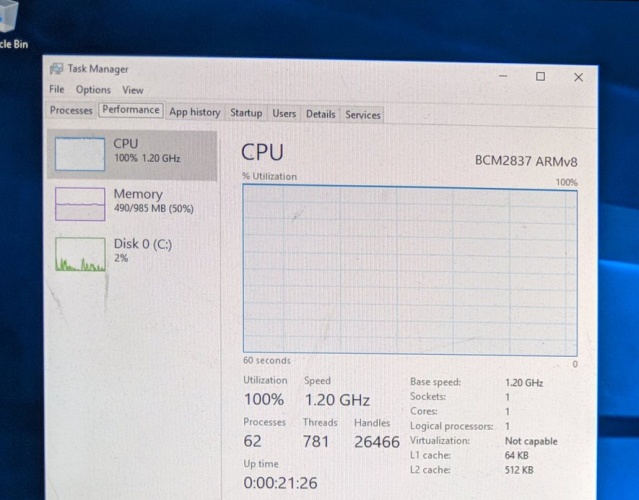 Up until recently it would have been nearly impossible to get Windows 10 up and running on a device with an ARM-based processor, but with Microsoft officially adding support for ARM chips in an upcoming release, it looks like Timmer managed to shoehorn a version of the OS onto the Raspberry Pi.

He notes that the operating system is currently only using one of the processor’s four CPU cores, which may be part of the reason the OS runs so slowly. And after using Windows 10 for a little while he got an”UNSUPPORTED_PROCESSOR” error message.

In other words, you probably don’t want to use Windows 10 on a Raspberry Pi 3… at least not yet. But it’s certainly fascinating to see that it’s possible for the OS to run at all on a $35 computer.

It also supports x86 emulation, which means you can run Windows applications that aren’t natively compiled to run on devices ARM-based processors.