Apple’s iPhone 7 may not have been the first smartphone to ship without a headphone jack, but it certainly helped kick off the trend. The move received a lot of criticism, as did the company’s claim that it took “courage” to release a phone that doesn’t let you use wired headphones and charge the device simultaneously unless you have a dock or dongle.

But if you want the latest iPhone and you don’t want to give up your old-school headphones, what other options do you have?

You could just use a dongle that lets you plug analog headphones into the phone’s Lightning Port. Or you could do what Scotty Allen did… and make your own iPhone 7 with a built-in headphone jack. Actually, no… you probably can’t do what he did. But it’s still a pretty cool hack. 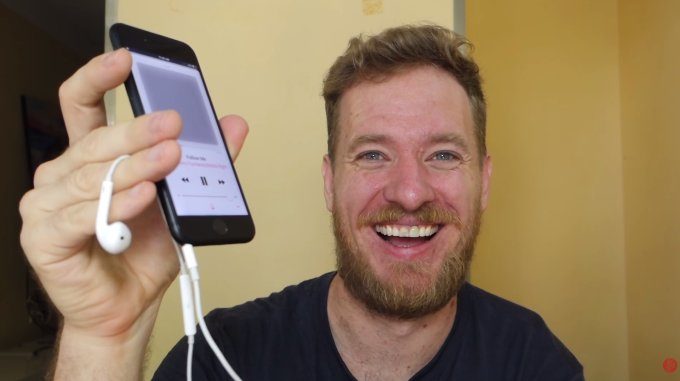 The whole process was rather expensive and complicated, but in a nutshell here’s what Allen did:

Yeah, he still can’t actually listen to music and charge your phone at the same time without using Bluetooth headphones.

Allen says he spent thousands of dollars on spare iPhone 7 units, screens, and other parts, not to mention headphone adapters and other components.

His PCB design is open source, so you can grab the design if you want to make your own. Or you can buy one of Allen’s limited edition circuit boards for $30.

But you’ll still need to crack open an iPhone 7 and modify it on your own, which involves moving the battery, and taptic engine and other parts. I don’t recommend you do that unless you really know what you’re doing and… don’t mind running the risk of breaking your iPhone.

Still, it’s worth noting that Allen’s iPhone 7 modification does show one thing: there’s room for a functional headphone jack in the iPhone 7. Still, with Apple set to launch a new iPhone as soon as next week, somehow I doubt that the company will follow Allen’s lead and bring back the headphone jack.