Last week Microsoft released a technical preview of Windows 10 for smartphones. But so far the company only officially supports a handful of devices. If you don’t have one of those phones, you can’t simply sign up for the Windows Insider Program and install an over-the-air software update.

But if you’re willing to hack your phone (and risk breaking it), you might be able to install Windows 10 anyway. 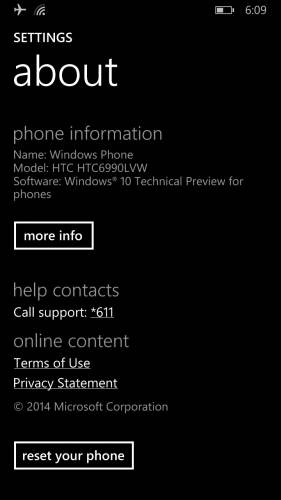 Xda-developers forum member RustyGrom created a tool called WPInsiderHacks that lets you load Windows 10 on at least some unsupported phones by changing the way the phone’s manufacturer and model number are identified to Microsoft’s server.

With that accomplished, it’s possible to use Microsoft’s own tools to download and install Windows 10, although after the process is complete your phone’s manufacturer and model number will be reset, so it’s not clear if you’ll get future over-the-air updates without changing things again.

RustyGrom confirms that WPInsiderHacks works with an AT&T Lumia 1520, but other users have managed to modify the WPFlights.xml file to allow it to work with other phones including the Lumia 930, 920, and even on non-Lumia devices including the HTC Windows Phone 8X and HTC One M8.