Habey makes small form-factor, fanless computers for industrial use. Now the company is getting into the Maker/independent developer space with the HIO Project.

The HIO system is a modular computer board with a Freescale i.MX6 ARM Cortex-A9 dual or quad-core processor, 1GB of RAM and 4GB of built-in storage, plus HDMI and USB connectors, a microSD card slot, Ethernetm and developer features including GPIO, UART and JTAG as well as support for expansion boards.

Habey expects to ship the first HIO Project mainboards in May for $100 and up. But the company is also launching a Kickstarter campaign for a home automation system based on the HIO Project.

The HIO Wallpad is an Android or Linux-powered home automation controller based on the HIO Project. For a pledge of $139 or more, backers can reserve one of the first units expected to ship in July (when the price will go up to $300 for an Ethernet-only model or $350 for a WiFi unit).

While the Wallpad is interesting as a standalone device, it also shows just one of the things you can do with a modular board based on the HIO platform. 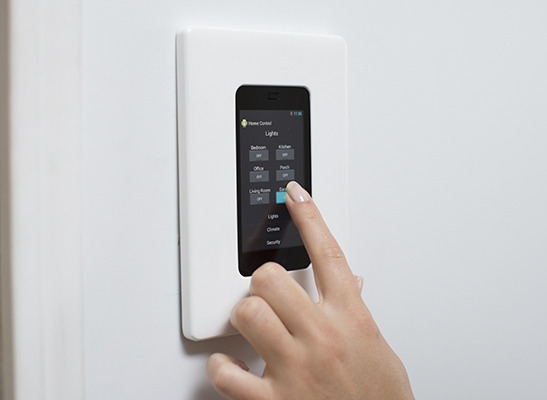 The Wallpad includes a HIO mainboard with a dual-core processor, a 3.5 inch, 800 x 480 pixel touchscreen panel, a Power over Ethernet (PoE) board, and plastic, aluminum, and steel enclosure designed to let you slide the unit into your wall. It ships with Android 4.2 and software for home automation functions including controlling lights, security cameras, and thermostats, among other things.

Theoretically if the HIO platform takes off, we could see additional stackable expansion boards like the PoE board and display board, or you may be able to develop your own boards designed to use the 200 pin connector. 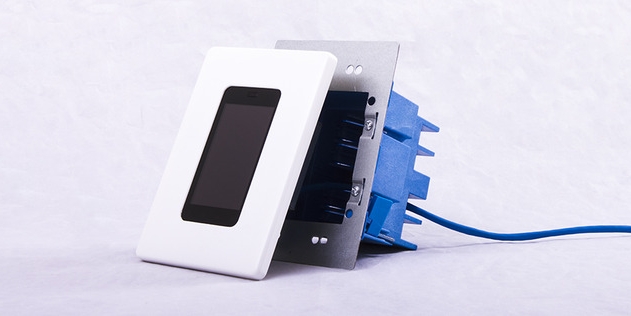 While Freescale’s i.MX6 processor isn’t exactly a speed demon, Freescale has a reputation for releasing documentation and driver source code for its processors, which makes it an attractive option for open hardware and software platforms like the HIO Project — and as Habey points out, the 1 GHz multi-core Freescale i.MX6 chip is significantly faster than the Broadcom BCM2835 ARM11 processor used in one of the most popular single-board computers, the Raspberry Pi.