The Gumstix Waysmall Silverlode is a tiny, low power computer designed for commercial or industrial applications. But under the hood it’s running a version of Ubuntu Linux optimized by Linaro to run on ARM-based processors. So it could also theoretically find use as an inexpensive desktop computer or media center PC. 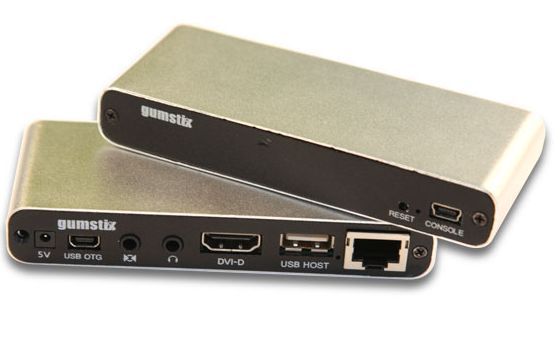 The device is a low power computer with a sturdy aluminum case. It uses just 2.5W of power.

It also supports USB host and OTG capabilities, so you should be able to plug in an external hard drive.

While I wouldn’t replace an Alienware gaming rig with this little computer, it should be able to support basic computing tasks and HD video playback. There’s also a headphone jack, something which you won’t find on some mini PC devices such as the MK802.

On the other hand, the Waysmall Silverlode doesn’t have built-in WiFi. You’ll need an adapter if you want to use the device with a wireless network.

The computer features HDMI and DVI output and has a 10/100MB Ethernet jack for connecting to the internet.