Gumstix has released a new board that lets you power a Raspberry Pi Zero computer with a pair of AA batteries, allowing you to use it without plugging the tiny computer into a wall jack or a bulky battery pack.

The Gumstix Raspberry Pi Zero Battery Board also adds motion sensors to the Raspberry Pi thanks to a 3-axis accelerometer and 3-axis gyroscope. 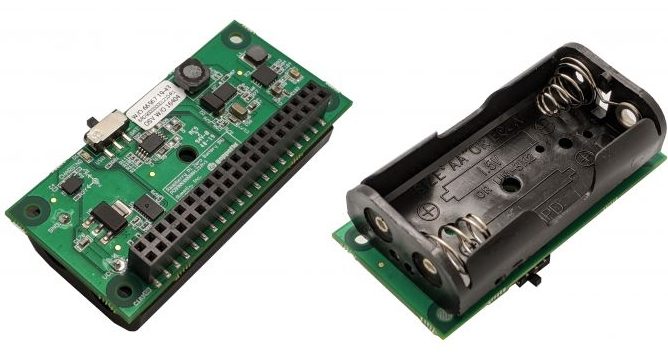 That said, the solution does offer some versatility to Raspberry Pi’s tiny computers. The board supports rechargeable NiMH or NiCd batteries and you can recharge the batteries by plugging a micro USB cable into the Raspberry Pi Zero.