After nearly 8 years of operation (and 6 years of dealing with lawsuits), online music service Grooveshark is closed for business.

The company has posted a message on its website apologizing for its failure to “secure licenses from rights holders for the vast amount of music on the service.” 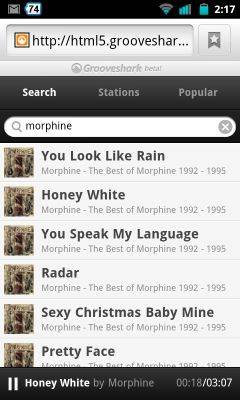 While most mainstream internet music services such as Pandora, Spotify, Rhapsody, and Google work out deals with music publishers before making songs available, Grooveshark had an upload music first, ask for permission later business model… which critics suggested amounted to piracy.

Since Grooveshark enabled users to upload tracks, the company offered a huge library of content which you could stream through its website or through mobile apps. But since the company didn’t actually have permission to host much of that music, it was always lawsuit bait… and it was sued by Universal, EMI, Sony, and Warner.

The company says it’s reached a settlement that involves shutting down immediately, erasing all music hosted on the service, and giving ownership of the website, mobile apps, and patents and copyrights to the labels.

It’s kind of a shame, because honestly Grooveshark had one of the most complete music catalogs and simple, easy-to-use tools for streaming music. Odds are that if you were looking for a song, you could find it and play it on Grooveshark. Now I guess you’ll just have to use YouTube instead.