The 2013 Consumer Electronics Show technically kicks off on Tuesday, but press conferences and other pre-show events start today. After arriving in Vegas a little early yesterday, Dave Zatz and I decided to stop by the Convention Center to see how things are shaping up. 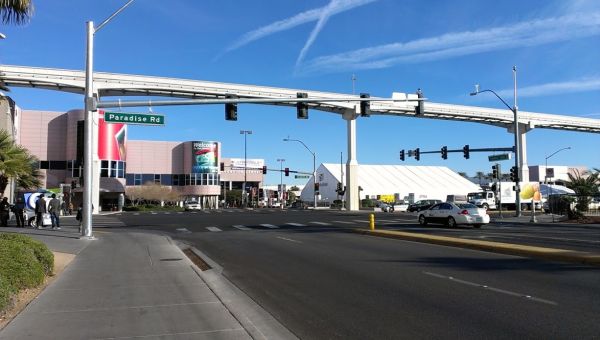 Most vendors are just starting to set up their booths and stock them with gadgets. Chip makers are some of the stars of the show, and both Intel and Qualcomm have major presences at CES. 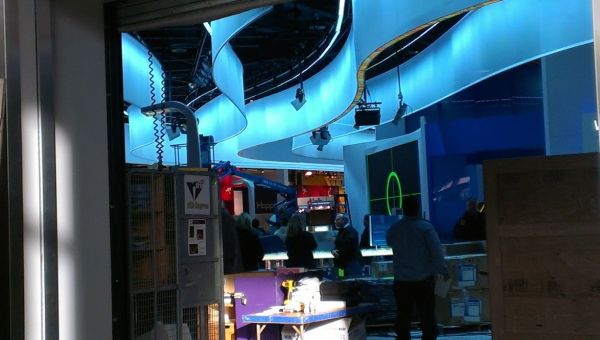 We’ll have to wait a few more days to see what the companies put in those fancy looking booths. 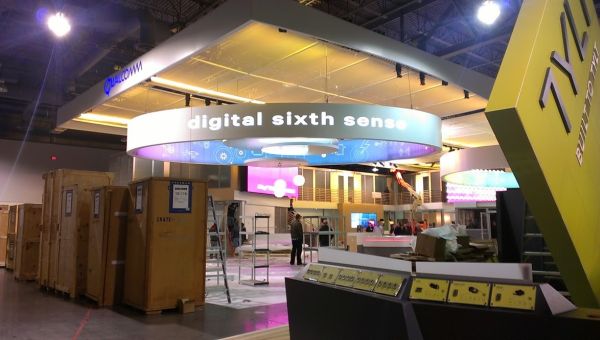 While my mobile reporting kit fits in a backpack, I noticed the folks at The Verge and Engadget seem to need a little more space. They each have their own double-wide trailers parked in front of the Las Vegas Convention Center. 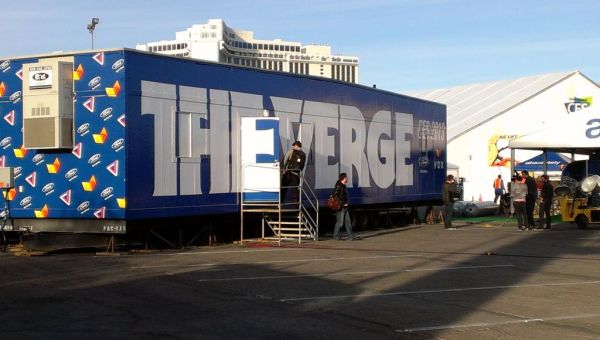 We stopped inside the Engadget trailer to see what it looks like when you put 30 or so tech journalists in front of laptops (mostly MacBooks, with one PC running Ubuntu). 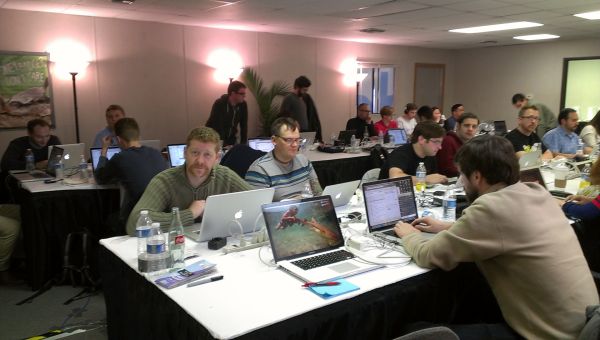 Stay tuned for more updates! I’ll also be posting photos and other tidbits periodically on Google+ and Twitter if my internet connection holds up.