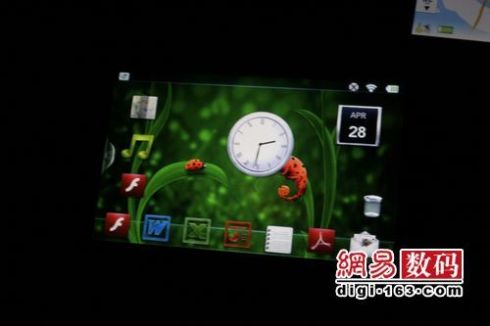 Asus and MSI may be busy preparing tablets running Windows 7 and Google Android, but in China a company called Great Wall is going with a different combination. Great Wall recently introduced two different tablets, one with a 7 inch screen and Windows CE, and another with an 11 inch display and Windows 7.

The 7 inch model is called the Great Wall GPAD and it has an ARM11-based 720MHz processor, 256MB of RAM, and 4GB of flash storage. It also sports WiFi, GPS, and a 0.3MP webcam. The GPAD has a 1400mAh battery, which should be enough to give you decent if not spectacular battery life with the low power processor and relatively small display.

The GPAD will also have a 3G option for mobile broadband customers and Great Wall says in addition to Windows CE, it will offer a version with Google Android eventually. The tablet sells in China for about $300, although I doubt we’ll see it in the US anytime soon — unless it’s rebadged and sold under a different brand name.

Great Wall’s 11 inch tablet is called the GBook, and it has a lot more power thanks to a 1.2GHz Intel Celerson SU2300 dual core CULV processor. The computer runs Windows 7, has a 10-point multitouch display, 2GB of RAM, and a 2.5 inch drive bay for a hard drive or solid state disk. There’s no word on the pricing or release date for this model.