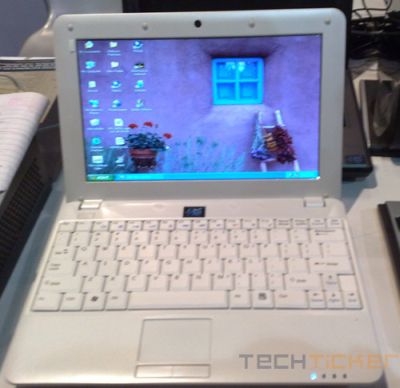 Update: It looks like this is a fake. HIS says it’s not behind this netbook.

It’s not just big name companies like HP, Acer, Dell, Lenovo, and Toshiba who are jumping on the netbook bandwagon. Sometimes it seems like practically any company that’s ever put out a consumer electronics product is working on or has already released a netbook. Today’s entry comes from graphics card maker HIS.

The company unveiled a new netbook in Mumbai, India recently. It looks a lot like an MSI WInd, but I’m going to refrain from calling this another rebranded Wind because it has a few telltale differences, including fewer status LEDs.

Bluetooth and a higher resolution camera are available as options, and the company plans to offer another netbook with HSDPA/WCDMA 3G wireless capability in the future. The netbook will sell for about 20,000 Indian Rupees or $404 US.

3 replies on “Graphics card maker HIS launches netbook in India”