The GPD Win Max is a new handheld gaming PC from the company that made the GPD Win and GPD Pocket line of devices. That’s about all GPD has confirmed so far.

But a new set of leaked images of the computer’s insides tell us a lot about the upcoming device. It’ll be powered by an AMD Ryzen Embedded processor. It has an M.2 PCIe slot for solid state storage. And it looks like it’ll have at least one physical joystick. 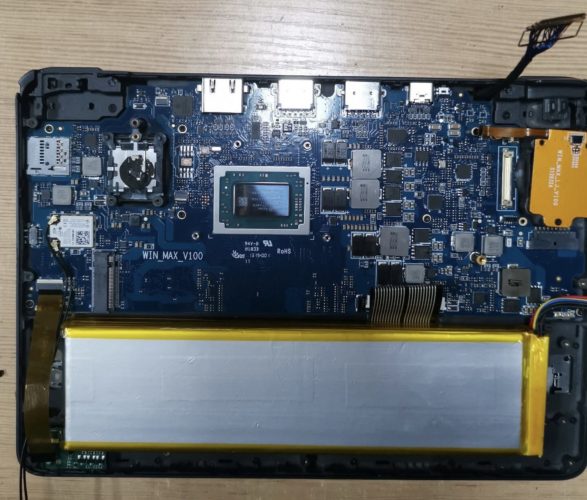 Both pictures show the motherboard, battery, and some internal components, but one image clearly shows the processor and some of the ports, while the other has a heat sink covering the chip and rear ports.

The processor appears to be an AMD Ryzen Embedded V1000 series chip, possibly the same Ryzen V1605B quad-core processor that rival Smach plans to use in its upcoming Smach Z handheld gaming computer.

GPD had originally planned to call the handheld computer the Win 2 Max, but it looks like the company has dropped the number 2 from the name in order to set this system apart from the GPD Win 2 computer with an Intel Core m3-7Y30 processor that launched in 2018.

The Win Max will likely offer more horsepower thanks to the move from a 7 watt Intel Core m3 processor to a Ryzen chip which can be configured to run at 12 watts to 54 watts (it’s likely that GPD will stick with 12 to 25 watts for a handheld device).

It’s also possible that the system will be larger than the GPD Win 2 (which has a 6 inch screen) or the first-gen GPD Win (with a 5.5 inch display).

There are a few more unsurprising details I can glean from the leaked photos. The system will have a microSD card reader, an Intel wireless card for WiFi and Bluetooth, an HDMI port, and a few USB Type-A ports as well as a USB Type-C port.

That’s in keeping with another leaked image that made the rounds recently, allegedly showing what the back of the computer would look like: 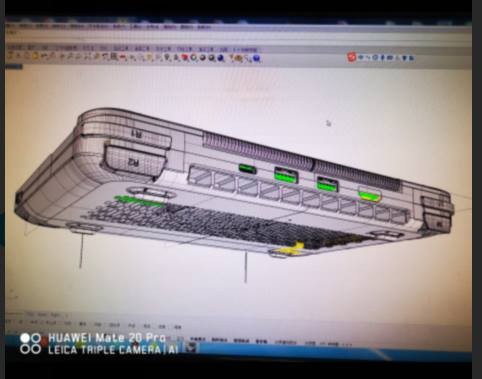 GPD plans to officially launch the Win Max sometime later this year, but there’s no word on how much it will cost or exactly when it will ship.

Meanwhile, the company’s roadmap is starting to look a little crowded:

Update: The mockup below allegedly gives us an idea of what the GPD Win Max will look like. It seems to show a larger QWERTY keyboard than you get with GPD’s other mini gaming machines, making touch typing feasible. But there are still game controllers above the keyboard. 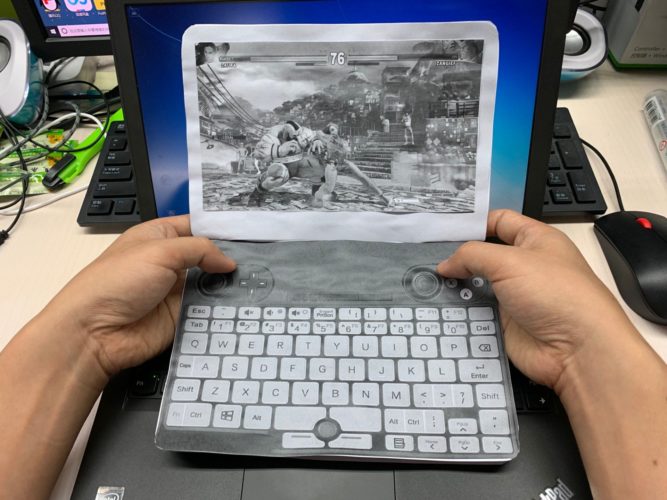