The upcoming GPD Win Max is expected to be a cross between a handheld gaming computer and a mini laptop. Last we’d heard, it would have a bigger screen than the current-gen GPD Win 2, a QWERTY keyboard large enough for touch-typing, and an AMD Ryzen Embedded processor with Radeon graphics.

But that was half a year ago. Now it looks like GPD has switched to an Intel processor with Iris Plus graphics… .

GPD’s CEO has posted a handful of pictures to Chinese social network Baidu Tieba, including one which shows the device’s exterior, and another that indicates its chipset.

Update: It looks like the Win Max will come with a choice of Intel Core i5-1035G7 or Intel Core i7-1065G7 processors. Both feature Intel Iris Plus graphics with 64 execution units.

Update 2: Here’s everything we know about the GPD Win max so far, presented in one place. 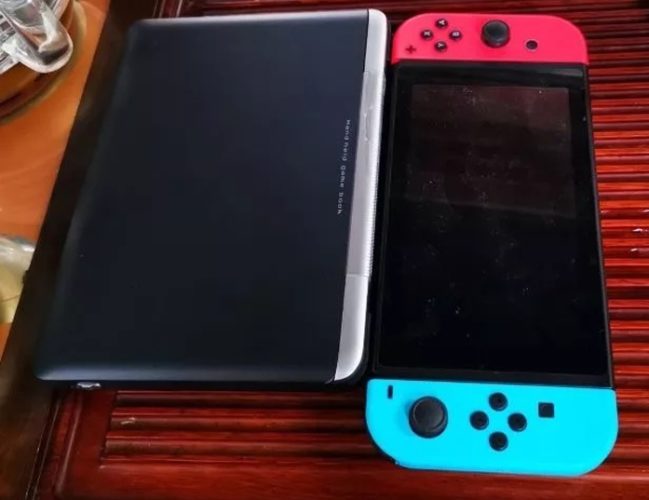 The one picture of the device itself confirms that it will be substantially larger than a GPD Win 2, which has a 6 inch display.

While it’s possible things may have changed since last summer, the new model is expected to have a keyboard similar to the one used in the GPD P2 Max mini-laptop, which has an 8.9 inch display. That could meant the Win Max will have a similarly-large display.

But while the P2 Max has a touchpad below the keyboard, the Win max most likely will not. Instead it’s expected to have analog sticks, a D-Pad, and X,Y,A,B gaming buttons above the keyboard, allowing you to hold the computer in two hands and use the integrated controller for mobile gaming.

Here’s a photo of a keyboard prototype from July, 2019: 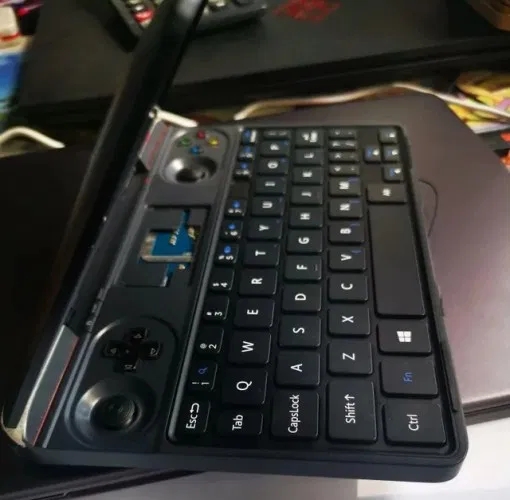 According to new image showing benchmark results, the latest GPD Win Max prototype has an unspecified processor with Intel Iris Plus graphics. Given Intel’s current processor lineup, it’s most likely that this means the Win Max has a 10th-gen Intel Ice Lake processor. 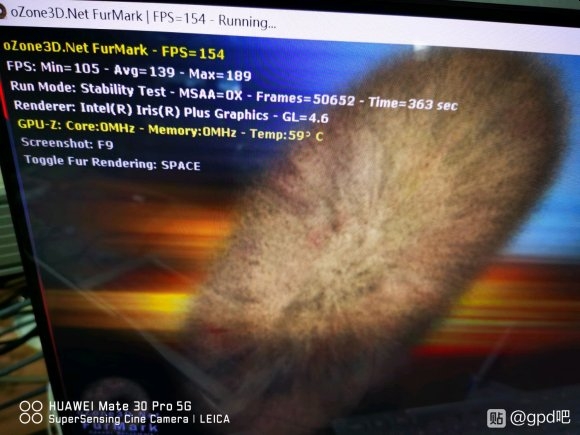 The first Ice Lake chips started shipping in the second half of 2019, but supply was relatively limited at the time and smaller companies like GPD didn’t have access at the time. Now it looks like that may be changing, which makes Intel’s chips a viable option for this sort of handheld computer.

Iris Plus graphics offer up to twice the performance of the Intel UHD integrated GPUs featured in 7th-gen Intel Kaby Lake and 8th-gen Amber Lake processors used for the GPD Win 2. That means the Win Max should offer a bigger display, a better keyboard, and support for games that might not run well on the company’s earlier handheld gaming computers. 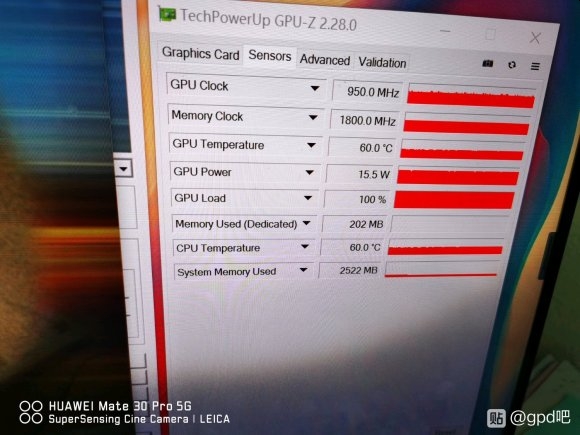 There’s still no word on exactly when the GPD Win Max will ship or how much it will cost. But the fact that GPD had a booth at CES last week and did not use that opportunity to show off the Win Max suggests that it could still be at least a few months away from launch. 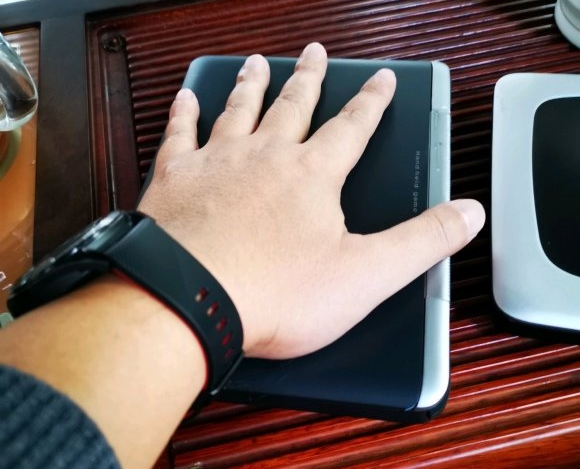