The GPD Win is a handheld computer with a 5.5 inch display, a thumb-sized keyboard, and dedicated gaming buttons. It basically looks like a cross between a tiny laptop and a Nintendo DX handheld game console.

Chinese device maker GPD has been making Android-powered products fro a while, but a few months ago the company launched a crowdfunding campaign for the GPD Win, which will be its first Windows device.

The campaign ends later in April, but GPD has already met its fundraising goals. And recently the company unveiled a few updates to its planned hardware for the GPD Win. 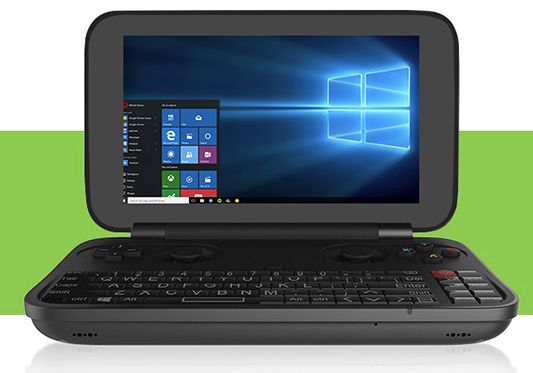 Instead of an Intel Atom x5-Z8500 processor, for example, the finished product will have an Atom x5-Z8550 chip.

The company has also updated the keyboard layout with a dedicated Xbox guide button.

Other features remain unchanged, including:

Gaming buttons include a D-pad, two analog sticks, shoulder buttons, and A, B, X, and Y buttons.

With an Intel Atom processor, the GPD Win isn’t exactly going to be a gaming powerhouse. But it should support some casual games, as well as titles streaming from a more powerful PC or from an Xbox using in-home game streaming technology.

GPD is offering backers of the campaign a chance to get one of the tiny computers for $299. But the GPD Win isn’t expected to ship until October.