The GPD Win is a tiny computer that looks a bit like a Nintendo DS, but it’s a full-fledged computer complete with an Intel Atom Cherry Trail processor, 4GB of RAM, 64GB of eMMC storage, and Windows 10 software. It has a tiny keyboard that you can use to type with your thumbs, and pretty much all the buttons you need to play PC games (or console games if you use an emulator).

Sure, it’s not the most powerful gaming PC around, but it’s certainly one of the most portable. And it has enough horsepower to play many older games as well as some less resource-intensive modern titles.

GPD sent me a demo unit to review last year, but it broke shortly after I started kicking the tires, so I wrote a mini-review, a did a partial teardown and then sent the device back to GPD. The company eventually sent me a replacement unit and I’ve never had a problem with it, but I also never quite found the time to do a full review.

Now that a GPD Win 2 is set to launch in 2018, I figured maybe I should do something with the first-gen unit I’ve got sitting on my desk. So it’s time for a giveaway! 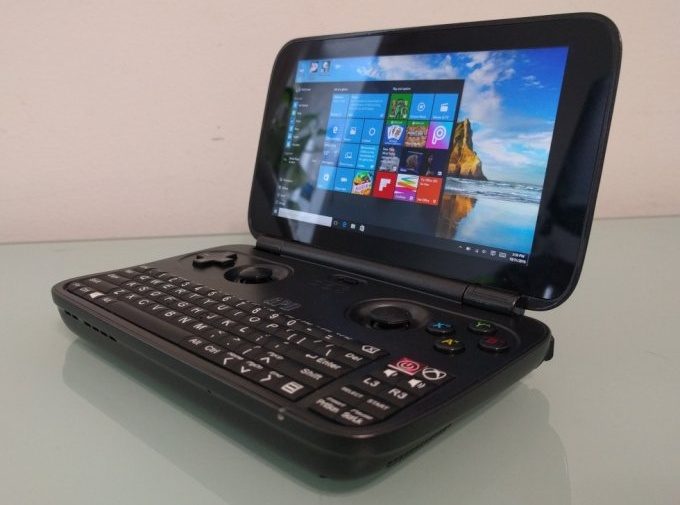 This contest is for a free, lightly used first-gen GPD Win with Windows 10 software. New units sell for about $350 to $400 at stores including Newegg and Gearbest.

Update: This contest has now ended. Congratulations to our winner, Edward Hunt!


That’s pretty much it, but here’s the fine print:

Thanks again to GPD for sending a GPD Win demo unit to Liliputing!