GPD has been selling handheld game consoles and tablets for a few years, but up until now most have been powered by Google Android. This year the company introduced the GPD Win, a handheld PC with a 5.5 inch touchscreen display, a QWERTY keyboard, and physical gaming buttons.

After a successful crowdfunding campaign on Indiegogo in April, GPD ran another campaign on Makuake and the company is now running one more campaign to raise money through JD.com.

But there are already working prototypes, as you can see from some real-world pictures and videos, and the GPD Win is up for pre-order from several stores. Just keep in mind that the actual ship date hasn’t been announced yet. 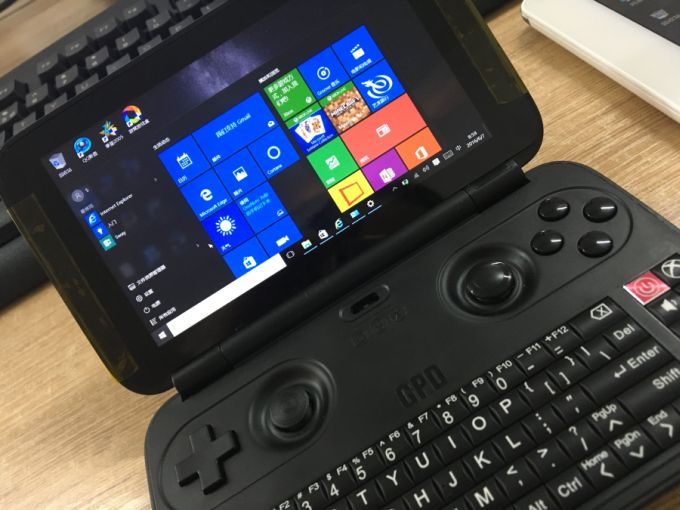 You can pre-order a GPD Win for $330 from Geekbuying, Gearbest, DinoDirect, or AliExpress.

GPD had planned to switch to a newer Atom x5-Z8550 CPU, but the company says it’s having difficulty sourcing that processor from Intel, (in light of the chip maker’s decision to basically discontinue development of future Atom processors).

That seems a bit odd to me, as several other devices with Atom x5-Z8550 chips have been introduced in the past few weeks, but honestly, there probably wouldn’t be much of a difference in performance between the two processors anyway.

As for what the GPD Win can do, a few demo videos give us an idea. It seems to be able to handle some Windows games… but gameplay doesn’t look extraordinarily smooth, so you may want to stick to relatively simple games if you plan to use the computer for gaming.

But part of the appeal of this sort of device is that while it looks a lot like a Nintendo DX-style game system, it’s basically a full-fledged PC that’s small enough to slide into a (large) pocket. So you could also use it for web browsing, document editing, or just about anything else you’d use a laptop for… assuming you don’t mind typing with your thumbs.