The GPD Win is a handheld gaming device that looks a bit like a Nintendo DS, but which is actually a fully functional Windows computer.

Available for $350 or less, the GPD Win has a tiny keyboard, gaming buttons, a 5.5 inch touchscreen display, 4GB of RAM, 64GB of storage, and Windows 10 software. But when I tested a demo unit last year, the keyboard stopped working after a few days, and other users have had other problems.

Now GPD is shipping an updated version with a slightly faster CPU, storage from a different manufacturer, and some physical hardware improvements.

The new version of the GPD Win features a few hardware and design tweaks, including:

The firmware has also been updated to offer improved response times for the gamepad and for mouse cursor movements when mouse mode is enabled.

GPD says units manufactured after January 10th should feature the improved hardware and up-to-date software. While most stores still list the device as featuring an Atom x7-Z8700 chip, some users have confirmed that stores including Gearbest are shipping models with the Z8750 processor instead.

GPD is also working on a new Windows computer called the GPD Pocket. 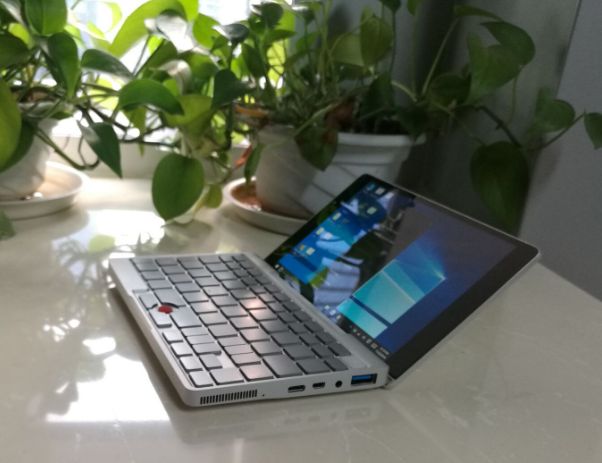 That model features a 7 inch touchscreen display and a larger keyboard, but no gaming buttons. A crowdfunding campaign for the GPD Pocket is expected to launch on February 15th, with the computer selling for $399 and up.