The follow-up to last year’s GPD Win handheld gaming PC is on the way. Chinese device maker GPD has been developing a Win 2 for a while, and now YouTuber The Phawx has posted a video showing what it’s expected to look like.

Update: The GPD Win 2 is expected go up for pre-order on Indiegogo in January for $599 and it should ship in April. The new model has a bigger screen, a faster processor, and other improvements over the original. 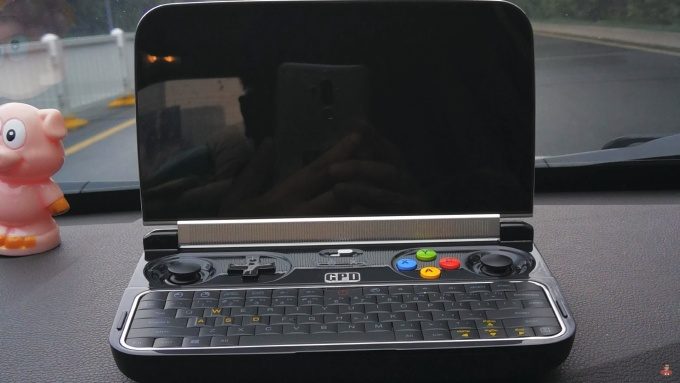 The new model looks a lot like the original, in that it looks a bit like a Nintendo DS with a QWERTY keyboard where you’d normally find the second screen… or like a tiny laptop with game control buttons above the QWERTY keyboard.

Upon closer inspection, there are some important changes though. The A, B, X, and Y buttons are colorful, the keyboard is larger, and layout has been changed a bit to make typing (and gaming) easier).

Phawx also did some measurements and figured out that the new model has a 6 inch screen, up from the 5.5 inch display on the original model.

Oh, and the GPD Win 2 is expected to ship with an Intel Core M3-7Y30 processor, which is a huge upgrade from the Atom x7-Z87xx chip used in the first-gen model. The new chip offers much better performance without increasing power consumption.

GPD hasn’t announce a price or release date for the GPD Win 2 yet.