Chinese electronics company GPD has released fascinating stream of handheld PCs over the past few years. The GPD Pocket line of computers are basically miniature laptops that ship with Windows 10. The GPD MicroPC is a more affordable device with additional ports, a thumb keyboard, and no touchscreen display.

But the company’s first Windows-powered device was the GPD Win, a handheld gaming computer with a thumb keyboard, game controller buttons, and clamshell design that lets you fold the device up and slide it into a pocket (if you have large pockets).

Last year the company released a follow-up called the GPD Win 2, with a more powerful processor, more RAM, and faster storage, among other things.

So what’s next? There’s a GPD Win 3 on the way… but we probably won’t see it until next year. But the company does have something to tide us over — a is coming sometime in 2019.

Update 4/19/2019: GPD has dropped the “2” and the new model will be called the GPD Win Max. It will most likely feature an AMD Ryzen Embedded processor.

That’s… about all we know at this point. And even the name is a little iffy.

GPD is certainly planning to launch a new or upgraded handheld gaming PC this year. An employee of the company sort of made that announcement when announcing a contest that will let folks with an existing GPD Win 2 compete for a chance to get into the upcoming beta program for the Win Max.

As for the contest, Win 2 owners can enter by uploading a video to YouTube showing them playing a game on the little computer, posting a link in the GPD Devices discord channel, and alerting @YYang.

Note that the folks who win the contest will get a chance to buy a pre-production GPD Win Max. It’ll be available for a discounted price and GPD will ship it months before the final production units are ready to go.

As for what exactly it is that you’ll get? That’s kind of anybody’s guess at this point — GPD hasn’t officially announced any specs or other details for the Win Max, and the name could also be changed before the device is released.

But it’s a slow news day, so I figured I might as well tell you what I know about the next handheld gaming PC from GPD… which isn’t very much.

Update: Someone has been posting leaked details about the Win 2 Max on reddit for a few weeks, The Phawx has kinda/sorta confirmed the details in a YouTube video.

It sounds like the Win 2 Max will have a 1280 x 800 pixel display, a 25 watt AMD processor (which can also be set to run at 15 watts or 35 watts depending on whether you want to prioritize battery life or performance), and a GPD Pocket-style keyboard for a better typing experience. 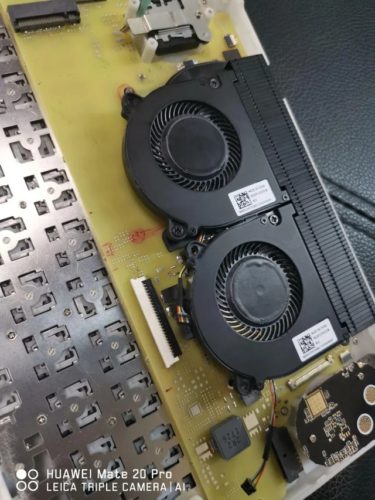