It’s a Windows 10-powered computer that  like a cross between a laptop computer and a Nintendo DS, with physical gaming buttons above a QWERTY keyboard, as well as shoulder buttons.

GPD plans to begin shipping the Win 2 in May, and it’s up for pre-order through a crowdfunding campaign at Indieogogo. The first 1000 people back the campaign can reserve a GPD Win 2 for $599. After that the price is expected to go up. 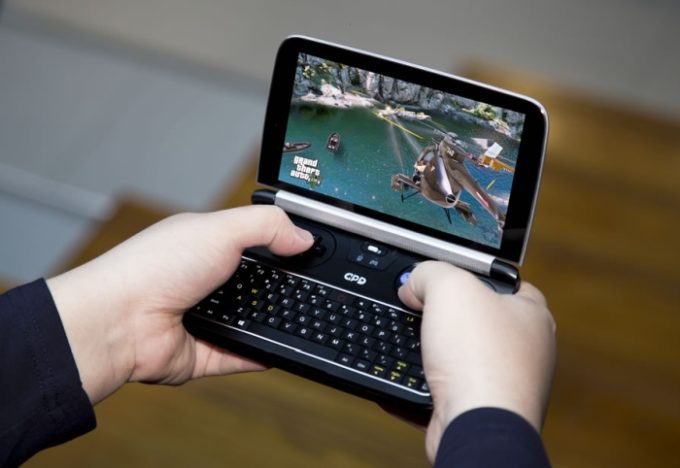 As the name suggests, this is actually the second device of its type from GPD. The original GPD Win launched in 2016 and featured a smaller display, a less powerful processor, and slower storage, among other differences.

The new model is a major upgrade, but it’s also more expensive than the first-gen model, which sells for around $400 or less.

While GPD positions the Win 2 as a gaming computer, it’s worth keeping in mind that it doesn’t have discrete graphics, has one of the least powerful 7th-gen Intel Core processors, and generally doesn’t have the horsepower for bleeding edge gaming. But it should be able to handle many older games without trouble, as well as some newer titles at lower graphics settings.

GPD recently posted a series of videos showing various games running on the Win 2, but if you’re looking for some third-party test videos, The Phawx has posted dozens of them in a YouTube playlist.

I’m hoping to get my hands on a review unit soon as well.

Upgrading from eMMC storage to an M.2 2242 SSD should give the device of a bit of a boost. GPD says even the microSD card has been improved, offering higher read and write speeds.

While I’d normally be reluctant to use the word “pre-order” to describe a crowdfunding campaign, GPD has been making handheld gaming products for years and the company has pretty much finished building working prototypes and has the resources necessary to ramp up production and ship the product. I think GPD uses crowdfunding more as a way to generate buzz and gauge demand for its products.

56 replies on “GPD Win 2 handheld gaming PC up for pre-order through Indiegogo, should ship in May”