The GPD Win 2 handheld gaming PC is on the way, with an Indiegogo campaign expected to launch in January and devices set to ship in April.

We already know that the new model has an updated design, a bigger screen, and a more powerful processor than the version I tested last year.

But a series of posts on Chinese social networking site Baidu give us a better idea of what to expect, thanks to additional pictures and some benchmark results.

Update: Pricing has been revealed. The GPD Win 2 will sell for around $699, but it’ll be available for pre-order for $100 less during an Indiegogo campaign in January. 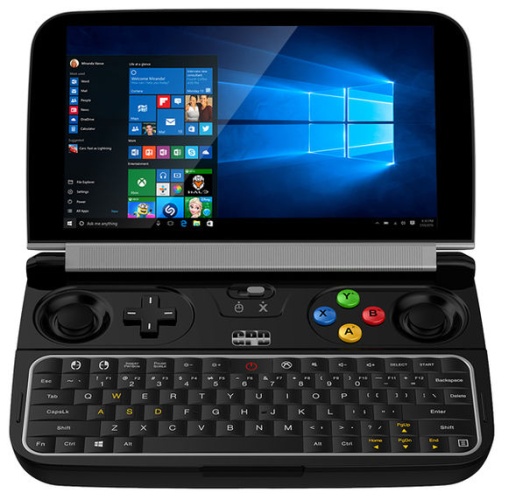 Probably the most impressive thing I’ve seen is a comparison of the game frame rates between the original GPD Win and the 2nd-gen model. The original featured an Intel Atom x7-Z8750 processor, while the new version has a more powerful Core M3-7Y30 Kaby Lake chip.

Perhaps just as importantly, GPD has switched from using relatively slow eMMC flash storage to an M.2 SSD which offers read and write speeds that are about 5 times as fast. The microSD card reader has been updated with a speedier version as well.

While neither the Atom x7 or Core M3 processor is really designed for gaming, but both can handle some moderate gaming duties… it’s just that the Core M3 chip can do it up to twice as well.

For example, try playing Grand Theft Auto 5 on the GPD Win, and you’ll be stuck looking at about 20 frames per second. Use the GPD Win 2 and you get 38 fps.

Keep in mind, these results haven’t been independently confirmed and real world results may vary. It’s also worth noting that all of these results are for games with their graphics options at their lowest settings. But they certainly look promising.

There’s still no word on how much the GPD Win 2 will cost.