So it turns out Archos isn’t working on a new gaming tablet after all. But that doesn’t mean the NVIDIA Shield is your only option for Android-powered portable gaming devices.

Chinese device maker GamePad Digital offers a line of Android gaming products including set-top boxes and tablets. The company’s latest model is called the GPD Q9 and it’s a 7 inch tablet with gaming buttons on the sides of the display.

You can pick one up from AliExpress for around $120 and up. Geekbuying also sells the GPD Q9 for $137. 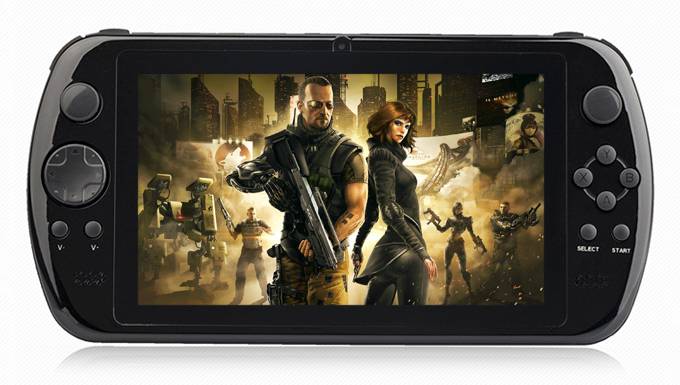 The tablet features a Rockchip RK3288 ARM Cortex-A17 quad-core processor with Mali-T764 graphics, 2GB of RAM, and 16GB of storage. While there are certainly devices with more powerful hardware, I’ve been pretty impressed with the performance of this chipset.

On the other hand, other specs for the tablet are pretty mediocre, including a 7 inch, 1024 x 600 pixel IPS display and Android 4.4 software.

The tablet features a 0.3MP camera, 802.11b/g/n WiFi, HDMI output, a headset jack, and a microSD card slot. There’s no Bluetooth or GPS.

via Open Consoles and AndroidPC.es