The GPD Pocket is an upcoming mini-laptop that features a 7 inch full HD touchscreen display, an Intel Atom x7 Cherry Trail processor, 8GB of RAM, and 128GB of storage. It also has a tiny keyboard and the whole thing folds up into a size that’s not much bigger than a smartphone, making the laptop small enough to fit into a pocket… if you have relatively big pockets.

GPD launched a crowdfunding campaign for the Pocket in February and the company has raised more than $2 million so far, with plans to ship the first units in June.

Now the company is showing off an early hardware prototype to give you an idea of what the finished product will look like. 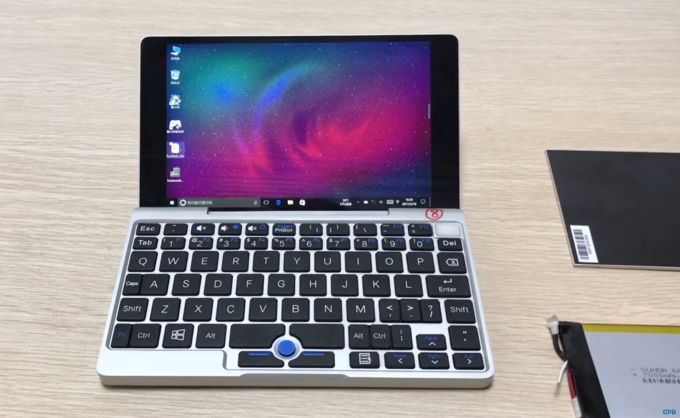 Keep in mind that this is a “first stage prototype,” which means that the hardware isn’t finalized. But the keyboard, touchpad, and display all seem to work, and in the demo video you can the tiny computer running a 3D graphics demo in Windows 10.

The video also gives you a sense of the keyboard size. Unlike the GPD Win handheld, which has keys so small that you need to type with your thumbs the way you would on a BlackBerry smartphone, the GPD Pocket has somewhat larger keys with more space between them, which means that you might be able to touch type on this keyboard. It’ll probably take some getting used to, though.

GPD has also posted a few other updates on its Indiegogo campaign page, explaining that the cooling system in the GPD Pocket helped keep the CPU core temperature below 78 degrees C (178 F) and the surface temperature below 35 C (95 F).

In addition to Windows 10, the GPD Pocket will support Ubuntu Linux and GPD plans to sell models with a choice of either operating system. Other features include a 7,000 mAh battery, USB 3.0 Type-C and USB 3.0 Type-A ports, a headset jack, a micro HDMI port, 802.11ac WiFi, and Bluetooth 4.1.