But if you’ve been holding out for a 2nd-gen model, it looks like the wait is almost over.

The company , pricing, or the launch date. But GPD’s co-owner posted a handful of pictures in the gpd_devices discord channel last night, giving us our first look at the GPD Pocket 2.

Update: Some specs are now available. See below. 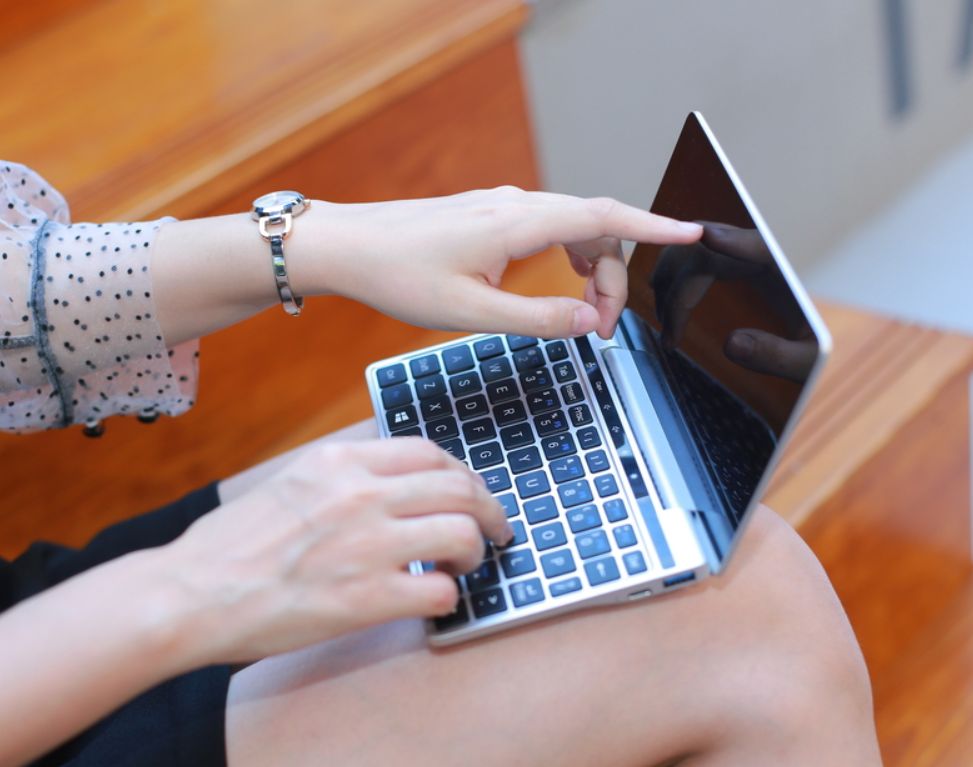 The new model appears to stick with a 7 inch touchscreen display, but the left and right bezels are smaller. The front of the laptop is also slimmer, measuring just 8.5mm, and there are ports on both the left and right sides (the original Pocket had ports on only one side).

Speaking of ports, there are two USB 3.x Type-A ports, a USB Type-C port, a microSD card slot, and a headset jack.

Other tidbits from Wade

Wade says the company opted for eMMC storage, which is slower than an M.2 SSD, but which has lower power consumption. Unfortunately that means the built-in storage is not user upgradeable (although you can supplement it with a microSD card).

Here’s a side-by-side comparison of the GPD Pocket and Pocket 2: the thinner model on the left is the new version: 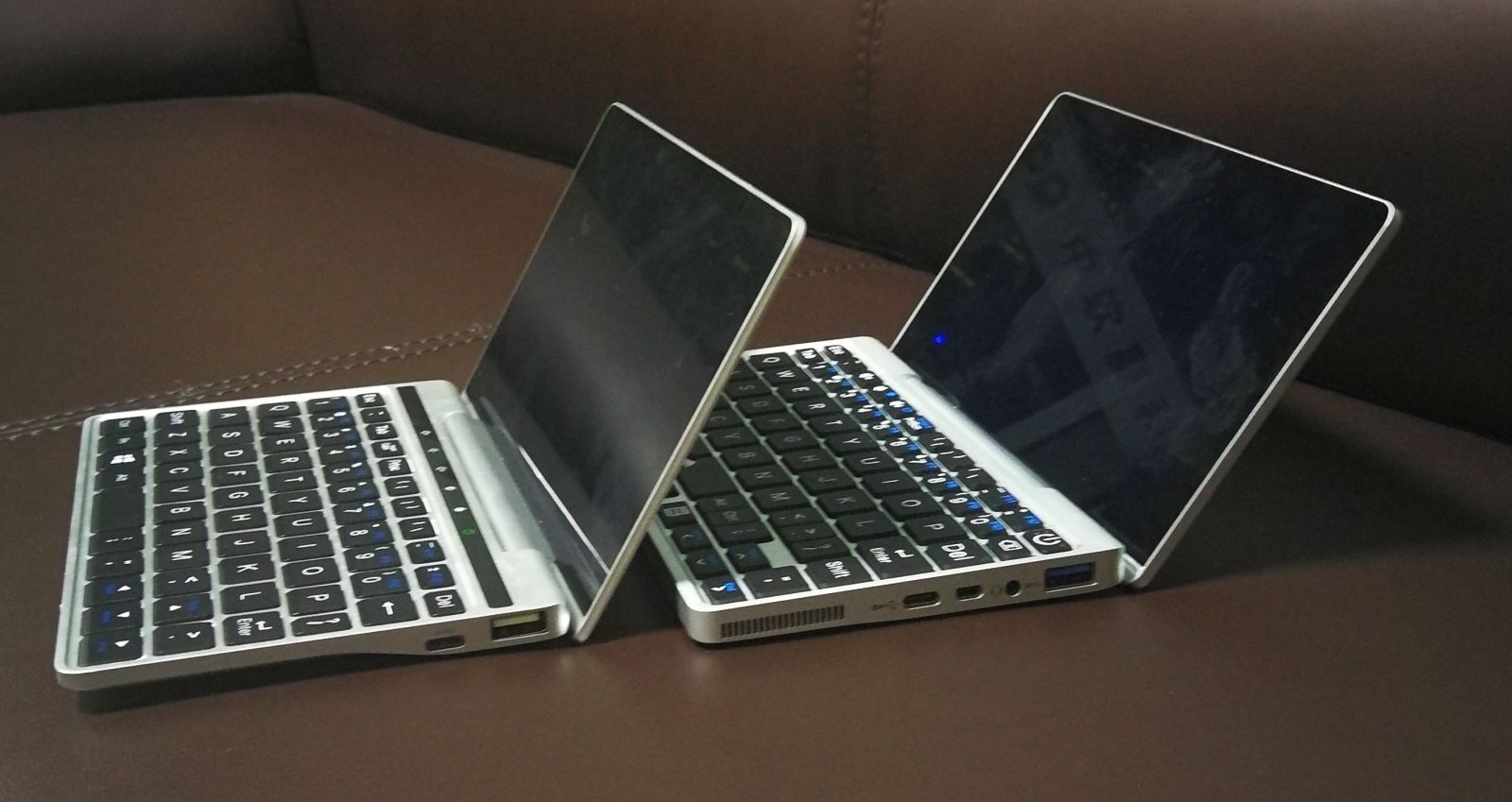 The biggest physical design changes may be to the keyboard area though. There’s no longer a pointing stick, and there’s still not enough room for a touchpad. So The GPD Pocket 2 will be a touchscreen-only device (unless you connect a mouse or another external pointing device.

The keyboard layout has also been updated. The arrow keys are larger, there’s a single space bar key instead of two (but it’s on the small side), and there’s a black strip above the keyboard that with physical volume, brightness, and other functions (including what looks like the Caps Lock key). That strip looks like a secondary touchscreen display like Apple’s MagicBar, but it’s not.

One thing is not doing: making the Pocket 2 into a convertible tablet. Wade says it has a MacBook-like hinge, not the 360-degree hinge like the One Netbook One Mix Yoga I’ve got sitting on my desk right now.

Update: After receiving some negative feedback about the removal of the pointing stick, GPD is considering delaying the launch of the Pocket 2 by a month or two in order to rework the design and add an optical touch sensor and left and right buttons.

One option under consideration would be to add those buttons to the row of keys above the main keyboard, which would be doable without making major changes to the keyboard layout.

So in a nutshell, the GPD Pocket 2 is thinner, faster, and has an extra USB port when compared to the original. It also adds support for digital pen input and arguably has a better keyboard.

But it lacks the pointing stick found in the original and doesn’t have the backlit keyboard or Yoga-style hinge that some folks had been hoping for. There’s also going to be a model with 4GB of RAM for folks looking to save a few bucks.