Chinese device maker GPD offers a line of handheld gaming devices with 5 to 7 inch displays. Most of the company’s products to date have featured ARM-based chips and Android software. But now GPD is working on a model with Windows 10 software and an Intel Atom Cherry Trail processor. 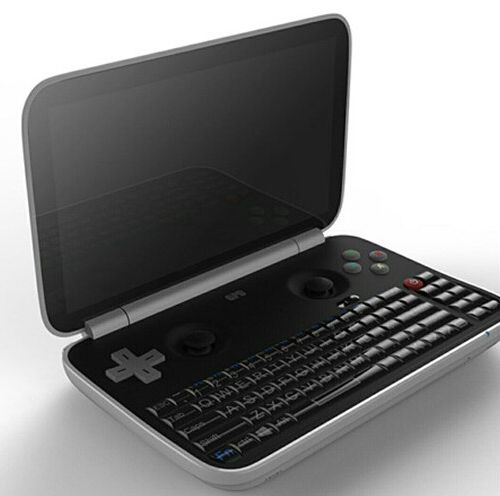 As CNX-Software notes, the design, specifications, and price aren’t set in stone yet, but GPD has released some initial details and pictures to the Dingoonity forum, where the developers seem to be soliciting feedback from potential customers. You’ll need to register for the forum to view additional pictures.

So far, it looks like GPD is considering a device with a 5.5 inch, 1280 x 720 pixel capacitive touchscreen, a physical keyboard for thumb typing, and game control buttons above the keyboard. The device has a clamshell-style design, allowing you to fold it up like a tiny notebook (or a Nintendo DS or 1st-gen NVIDIA Shield) for transportation or storage).

Clearly the hardware wouldn’t be powerful enough for bleeding-edge gaming, but Intel Cherry Trail CPU and graphics performance should be good enough for casual games or older titles. And you could theoretically use a device like this to stream games from a more powerful computer or game console using Steam In-Home Streaming or Xbox One game streaming.

No price or launch date have been announced yet.