GPD’s crowdfunding campaign for a tiny laptop with an 8.9 inch display hasn’t even ended yet, but the company says it plans to begin shipping the GPD P2 Max to backers starting sometime around August 12th.

The company has already begun a trial production with a batch of about 200 units. If all goes well, mass production will begin in about five days.

The GPD P2 Max Indieogogo crowdfunding campaign ends August 25th, with pre-order prices starting at $529, which is 16-percent off the suggested retail price. 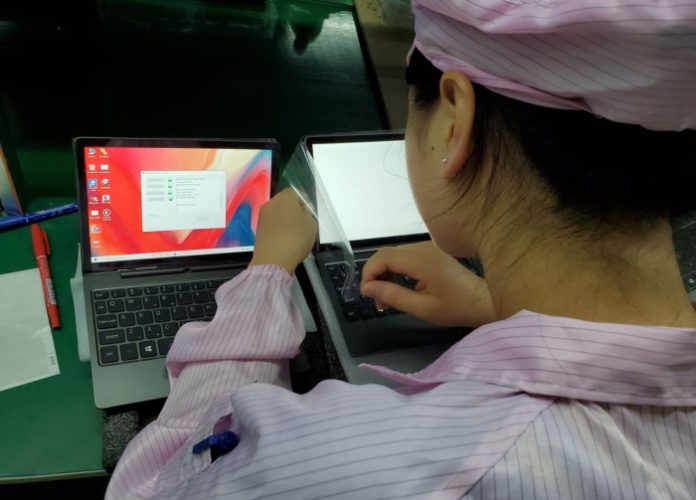 Both models measure about 8.4″ x 5.9″ x 0.6″ and weigh 1.4 pounds, making this the largest laptop from GPD to date — but a pretty tiny notebook by any other standard.

The company’s previous handheld computers featured 7 inch and smaller displays, which meant they also had tiny keyboards and pointing sticks or optical touch sensors rather than a touchpad.

As I noted in my GPD P2 Max preview, the move to an 8.9 inch display means that the latest computer isn’t exactly pocket-sized. But it has a multi-touch trackpad and a larger keyboard that makes touch-typing easier.

While rivals Chuwi and One Netbook have released mini-laptops with additional features including backlit keyboards, 360-degree hinges, and support for pressure-sensitive pens, the GPD P2 Max offers better performance than its peers.

The lack of a backlit keyboard is still a little off-putting, but GPD is throwing two accessories in the box that the company hopes will ease the pain: glow-in-the-dark stickers that you can place on the keys (English and Japanese versions are available), and a small clip-on LED light that plugs into a USB port. Neither is quite the same as a true backlit keyboard, but I suppose they’re better than nothing.