Chinese device maker GPD has made a bit of a name for itself over the past few years by releasing a series of handheld computers for gaming, general purpose use, and for IT/networking professionals.

But the company got its start by producing handheld Android gaming devices.

So when GPD’s CEO posted an image of an unannounced prototype on Facebook that looks a lot like a Nintendo Switch-style device… it raised a few questions. 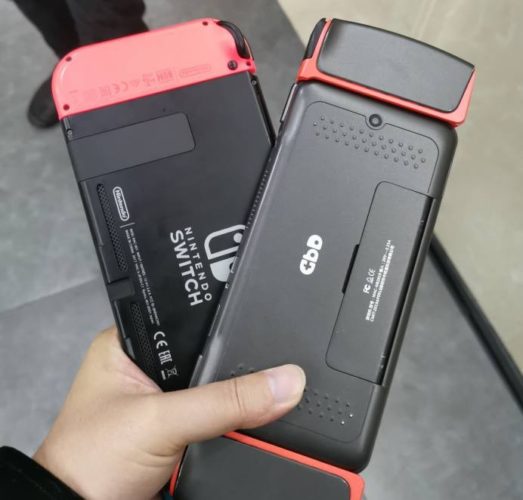 First, is this something the company will actually release? Or is it just a form factor GPD is exploring?

Second, are we looking at an Android device or a Windows model?

Third, what does it look like from the front?

And fourth, how do you use it if you detach what appear to be game controllers on the sides?

Here’s what we do know, based on the photo alone. The device appears to have a rear camera. Held next to a Nintendo Switch, it appears to be a similarly-sized device, so a 6 or 7 inch display seems about right. There appear to be several buttons and/or ports on the top of the device. And there’s a part of the case that seems to open up — it could be a kickstand, a battery cover, or something else.

There’s also a vent, so it’s likely that this is not a fanless device.

To reiterate, it’s unclear if or when this device will hit the streets, what kind of software it would run, or how much it would cost.