The GPD MicroPC is a tiny computer with a 6 inch, 1280 x 720 pixel display, a QWERTY keyboard for thumb typing and a touchpad for navigation. Designed to be held in your hands, the system is aimed at IT professionals and ultra mobile PC enthusiasts looking for a versatile device with a lot of full-sized ports (including Ethernet, HDMI, and RS-232).

Now GPD has announced a few upgrades – the MicroPC now ships with a slightly faster processor and more storage. It’s available for purchase from the company’s AliExpress store for $445. 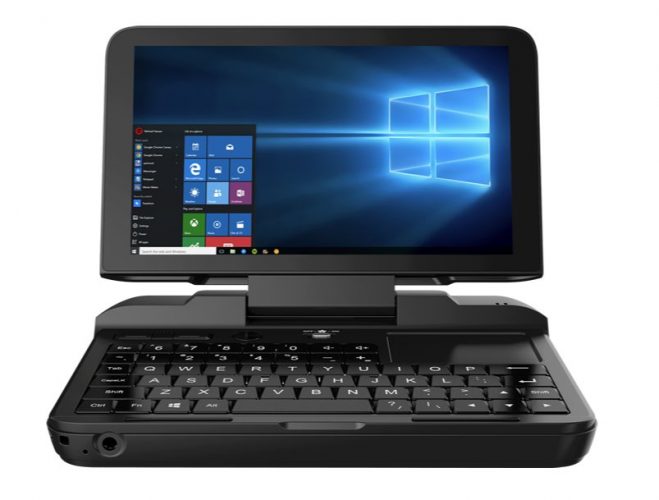 That’s an upgrade from the Celeron N4100 chip and 128GB of storage that had previously been available. GPD says to expect about 10-percent faster performance. And of course, you can now store twice as much data on the little computer.

This isn’t the first time the company has given the MicroPC a spec bump. It was originally designed to ship with 4GB of RAM, but GPD considered boosting that to 6GB before deciding to include 8GB of memory on models that began shipping to customers in mid-2019.

GPD’s microPC isn’t for everybody. It’s a weird little device that’s designed to be pocket-sized (if you have large pockets), but which does not have a touchscreen display. It doesn’t have a high-performance processor or a high-resolution display. And the keyboard really isn’t designed for ten-finger touch typing. But the MicroPC is more affordable than many other recent handheld computers, has more ports than most, and now it’s a little more powerful than before.