The GPD MicroPC handheld Windows computer should begin shipping next month, and when it does it’ll have twice as much RAM as the demo unit I tested earlier this year.

GPD has announced that the pocket-sized computer will ship with 8GB of RAM. 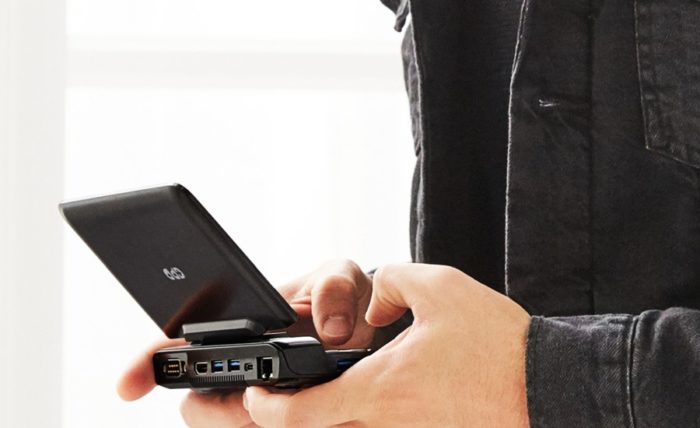 The GPD MicroPC crowdfunding campaign ended today, and folks who already reserved the tiny computer with a pledge will get the RAM upgrade for no additional charge.

Backers of the crowdfunding campaign were able to snag a MicroPC for $314. But if the RAM upgrade has you taking another look at the little computer, GPD is taking pre-orders for 200 more units priced at $368 each.

The company says the full retail price for the MicroPC will go up to $414 when the computer becomes widely available later this year.

The MicroPC features a 6 inch, 1280 x 720 pixel non-touch display, a thumb keyboard with a touchpad above the right side, an Intel Celeron N4100 processor, and 128GB of storage.

It also has way more ports than you’d expect on a computer this small, including full-sized HMDI and Ethernet jacks, three USB 3.0 Type-A ports, a USB Type-C port, a microSD card reader, a 3.5mm headphone jack, and a COM port.

The computer is less powerful than some of GPD’s other handhelds, but it’s also more affordable and it might be a better fit for IT pros looking for a tiny device with RS-232 and RJ-45 jacks for networking work on the go.

I know one complaint many folks had when the device was unveiled earlier this year was that 4GB of RAM wasn’t enough to satisfy professional users. It looks like GPD was listening.

In fact, this is the second time the company has announced a RAM increase. Last month GPD upped the RAM to 6GB, but that time the company also asked backers to pay a small price hike for the upgrade. This time GPD is giving all existing backers a free upgrade.

10 replies on “GPD MicroPC gets another upgrade: will ship with 8GB of RAM”