The company behind the GPD Win, Pocket, and MicroPC line of handheld computers may be planning to launch a Nintendo Switch-like device.

A set of images posted to a Chinese forum show what appears to be a small tablet designed to work with a set of detachable controllers that slide into slots on the sides. 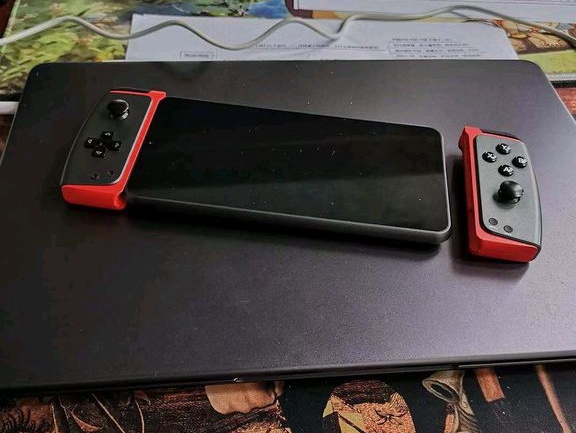 This isn’t the first time we’ve seen such a device — GPD’s CEO posted an image of a prototype earlier this year. At the time we could only see the back, but now we have a better idea of what the portable game system looks like from the front.

The left and right controllers feature a direction pad, analog sticks, and X, Y, A, and B buttons, and select and start buttons. There are also shoulder buttons on both the detachable controllers and the tablet itself.

As for the tablet, it appears to be a a little smaller than an original Nintendo Switch, and from the front it actually looks pretty phone-like, although it’s unlikely that GPD plans to launch a gaming smartphone anytime soon.

Unfortunately we still haven’t seen what the device looks like with its screen on, so it’s unclear if we’re looking at a gadget that runs Windows, Android, or something else.

There’s also no word on the processor or other specs and if or when this thing will ever actually see the light of day.

14 replies on “GPD developing a gaming tablet with detachable controllers”