Rumor has it that Google’s next media streaming gadget will be a small dongle that hangs off the HDMI port of your TV, much like a Chromecast… but which is a full-fledged Android TV device with support for third-party apps and a remote control that allows you to navigate without using a phone or computer.

Now we also have a pretty good idea what the device and the user interface will look like, thanks to images posted by xda-developers. 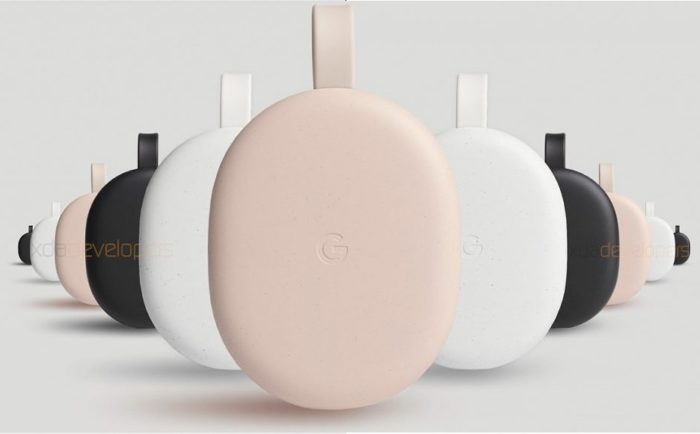 The images come from a marketing video found in leaked firmware for an unannounced Google device code-named “Sabrina.” Among other things, the video shows:

Xda-developers says the leaked firmware suggests that the device will be powered by an Amlogic processor, but doesn’t make it clear which specific chip it will use. The new media dongle will also support Dolby Vision.

Update: The device most likely features an Amlogic S950X2 quad-core ARM Cortex-A53 processor with Mali-G31 MP2 graphics, 2GB of RAM, and support for WiFi 5 and Bluetooth 4.1

There are no official details about the price or release date, but earlier this month Protocol reported that the device would likely be sold as part of Google’s Nest brand of smart home devices, and that it would likely sell for $80 or less.