Google’s Pixel Tablet isn’t coming until next year, but the company revealed some more details about its upcoming tablet during today’s launch event for the Pixel 7, Pixel 7 Pro, and Pixel Watch.

We now know that the Pixel Tablet will have the same Google Tensor G2 processor and Titan M2 security chips as the Pixel 7 series smartphones, for example. And we also know that it’s not just a tablet. You’ll also be able to use the Pixel Tablet as a smart display by pairing it with an optional Speaker Dock accessory. 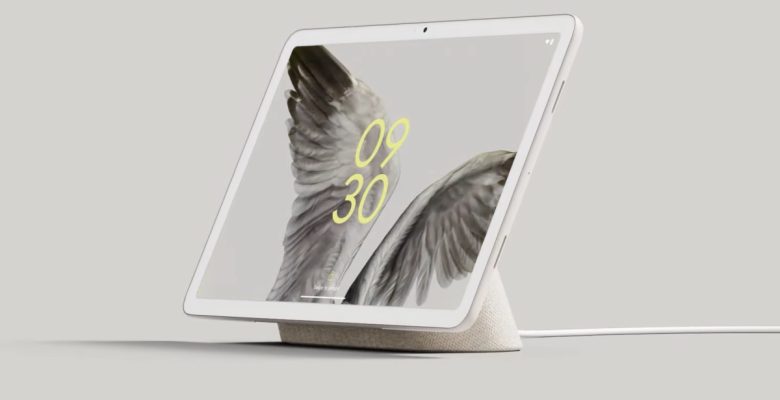 That confirms a rumor that’s been making the rounds over the past month or so, but Google has now confirmed that the Speaker Dock will serve as a stand, charger, and amplified speaker for the Pixel Tablet. And when the tablet is positioned in the dock, you’ll be able to interact with it by touch or voice, using Google Assistant much as you can with a Nest Hub smart display.

But unlike the Nest Hub, the Pixel Tablet + Speaker Dock is a 2-in-1 device. The tablet is held in place by magnets, but it’s also easy to disconnect from the dock, allowing you to take it anywhere and use it in tablet mode. 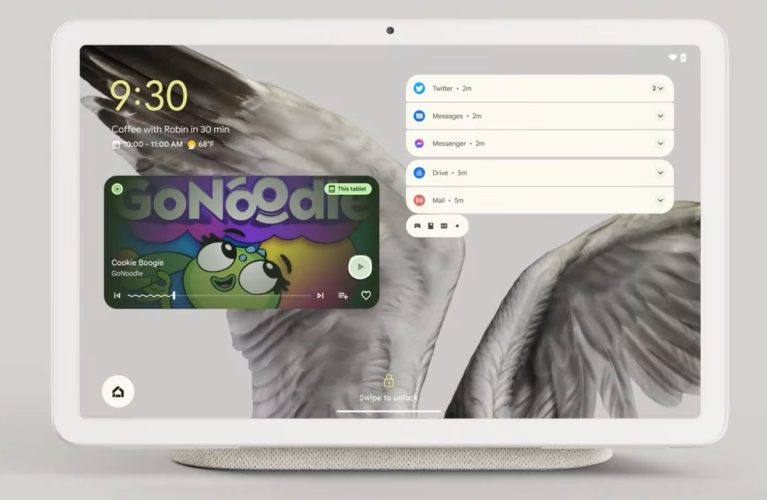 The Google Tensor G2 processor is designed with on-device AI processing in mind, and Google says that will come into play for enhanced speech recognition, video calling, and photo editing, among other things.

Google has also revealed that the Pixel Tablet will have a 100% recycled aluminum body that’s covered with a new “nano-ceramic coating” meant to look and feel like porcelain. It has a matte finish and shouldn’t be slippery to hold. 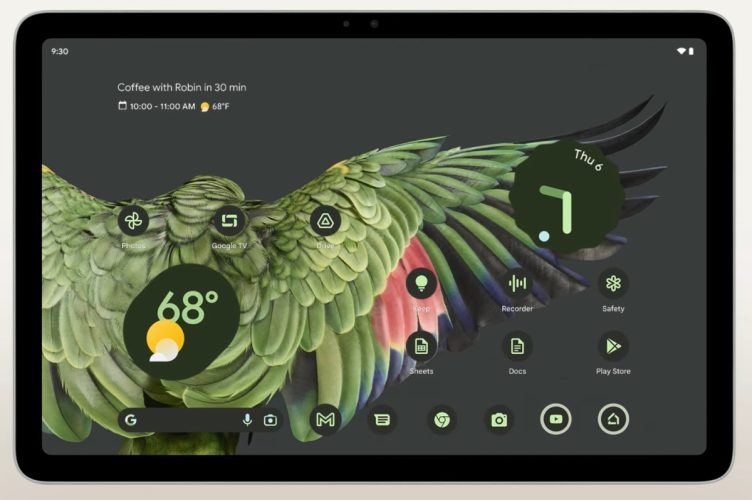 The company has also been working to bring tablet optimizations to its own suite of Android apps over the past year or so, taking better advantage of large screens and support for stylus input (although it’s unclear at this point whether the Pixel Tablet will support an active stylus). The company is also encouraging third-party app developers to do the same. That’s not something that will exclusively come into play with Google’s own tablet, but it’s still good news after years of tablets being treated as second-class citizens in the Android ecosystem.