Google is launching an experimental new phone with a range of sensors that lets it create a 3D map of the world around it. Google calls it Project Tango, and it comes from the same team that developer the Project Ara modular smartphone concept for Motorola. 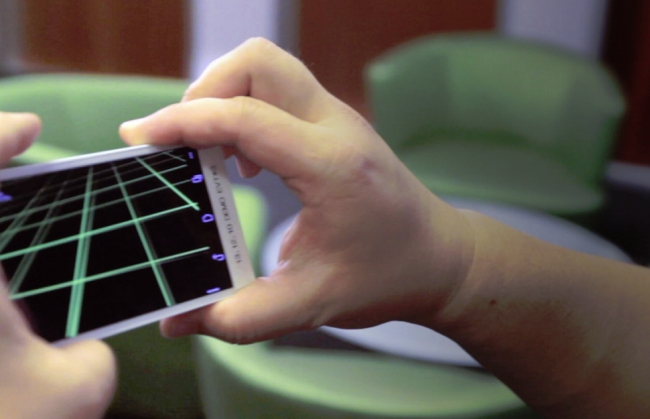 Right now Project Ara consists of a 5 inch Android phone with a number of sensors including a 4MP camera, a depth sensor, a motion tracking camera, and 2 dedicated computer vision processors.

While most Android phones have sensors that detect motion, acceleration, and position (through GPS), these sensors make 250,000 measurements per second. Not only does the Project Ara phone know where you are, it can create a 3D model of the location around you.

This could theoretically let you play games where you interact with real-world objects, help you pick out the right couch, dining table, or refrigerator by mapping your house before you head to the store, or find your gate (or an elusive coffee shop) at an airport.

Google has 200 prototypes which it plans to distributed to developers. The idea is to see what kind of apps could emerge for this sort of device.

It’s not clear if Google plans to manufacture phones with 3D mapping capabilities and sell them itself in the future (the way it sells the Chromecast and plans to sell the upcoming Google Glass) or if Google simply wants to push the limits of what a smartphone can be and encourage hardware makers to offer 3D-aware phones by encouraging developers to create apps for Project Tango-style devices.