Google wants to let make it possible for you to play the latest PC games in a web browser. Rather than load a game on a PC with powerful hardware, the game would actually be running on a remote server — which means all you need to play is a halfway decent computer and a relatively fast internet connection.

Google calls the technology that powers the experience Project Stream, and the company has teamed up with game developer Ubisoft to roll out a test later this week: starting October 5th, a small number of testers will be able to play Assassin’s Creed Odyssey in the Chrome web browser.

That’s the same day the game will be released for PC, Xbox One, PlayStation 4, and Nintendo Switch. 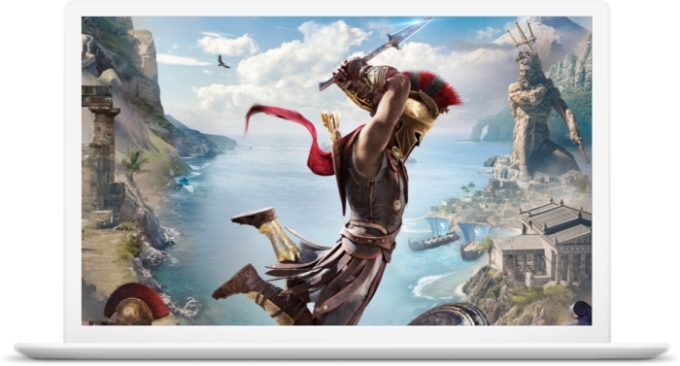 You can sign up for a chance to test the game — Google says the game will be available for free for the duration of the test. But only a limited number of folks will be able to participate and you’ll need to be 17 years old or older, live in the US, and have an internet connection of at least 25 megabits per second.

It’s unclear if Google plans to launch its own game streaming service in the future or if the company just wants to demonstrate the possibility of using its Chrome browser as a streaming target in case Ubisoft or other game developers or game streaming startups want to use the technology in the future.

Game Streaming services have been around for a few years. Sony and NVIDIA both have their own versions. But we’ve also seen a few companies fall by the wayside. GameFly streaming shut down just over a month ago. OnLive shut down three years ago, after the company’s assets were acquired by Sony.

The promise of game streaming is video-gaming-on-demand, or a Netflix-for-games style service that solves a few different problems: you don’t need to buy or build a high-end gaming PC to play the latest games… and you don’t need to keep upgrading the hardware year after year. All of that can happen on the server side. You can also start playing new games moments after paying for individual titles or a subscription without having to download and install a huge game.

But there are also challenges: when you’re streaming video or music over the internet you probably won’t notice if there’s a slight delay. But when you’re playing games it’s important for you to see changes as soon as they occur and for the game to register keyboard, mouse, or game controller actions almost instantly.

Google isn’t the first company to attempt to resolve those issues. But it is one of the first to use a web browser to do it.