Google has two new projects aimed at giving us new ways to interact with our devices. One is a radar-powered system for using 3D gestures to control wearables and other gadgets.

The other is a wearable technology called Project Jacquard which literally weaves touch sensors into fabric. That means your next shirt, sport coat, or pair of jeans could let you interact with your phone by touching your clothing rather than the device itself.

In other words… Google wants to get into your pants. Literally. One of the company’s first partners is Levi’s. 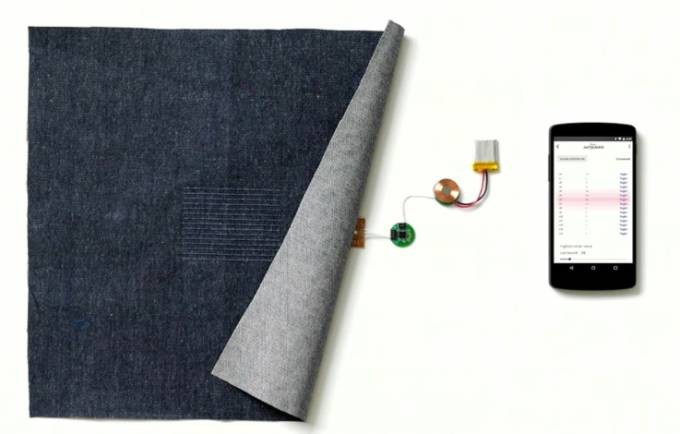 The technology can detect your whole hand for certain actions, but it also recognizes single finger or multi-touch input for a variety of gestures.

Google says it doesn’t expect smart fabric to replace touchscreens or other forms of input, but it could allow for intuitive ways to interact with your devices when you don’t want to look at your phone.

Project Jacquard comes from Google’s ATAP team, which is tasked with developing new technologies rapidly… either this will turn into a real product within a few years, or it’ll be scrapped while the team moves on to something else. But the fact that Google is talking publicly about Project Jacquard is a pretty good indication that the company considers it one of its more promising technologies.