When Project Fi first launched, it worked on two cellular networks: T-Mobile and Sprint. Now Google has announced a new partner: US Cellular.

That means Project Fi now works with three of the five largest mobile networks in the US… it just doesn’t support the two that are actually the biggest: Verizon or AT&T. 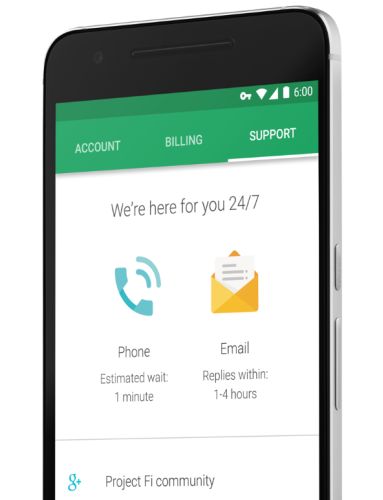 Still, the addition of a third network should improve Project Fi’s coverage. Odds are that wherever you are, you’ll actually be within the coverage area of more than one network… but Project Fi will detect the strongest signal available and connect to it automatically to get around dead spots or slow spots due to distance between towers or obstructions from buildings or other structures.

In other words, you don’t have to decide which network to use, Project Fi will do it for you. What’s new is that the system now has three mobile networks to choose from rather than two, which should improve reliability… at least in some parts of the country.

US Cellular operates in 23 states and offers 4G LTE coverage throughout most of the area it covers.

Project Fi isn’t necessarily the cheapest wireless plan for everyone. While plans start at just $30 per month for unlimited talk, text, and 1GB of data, you have to pay an extra $10 per month for every additional gigabyte. But Google will reimburse you for any data you don’t use within the billing period, which could make Fi a good option for folks that might use a lot of data one month, but not very much the next.

You also need a recent Google Nexus phone to use Project Fi.