Google already has a streaming music service called Google Play Music, but it’s kind of a mess. You can pay to listen to music on demand. You can upload your own music to the service and stream it without paying a penny. Or you can listen to ad-supported, Pandora-like “stations” based on artists, songs, or themes for free.

But the user interface is confusing and difficult to navigate when you want to switch from one method to another.

Meanwhile, Google subsidiary YouTube has its own music app that offers a free, ad-supported way to stream music from YouTube. Or you can spend money on a YouTube red subscription to go ad-free and get more features like offline video. Oh, and you get a free Google Play Music subscription with YouTube Red, which makes me wonder why you’d get one but not the other.

But apparently Google thinks those confusing options are too confusing… or something. So the company is allegedly working on something new. 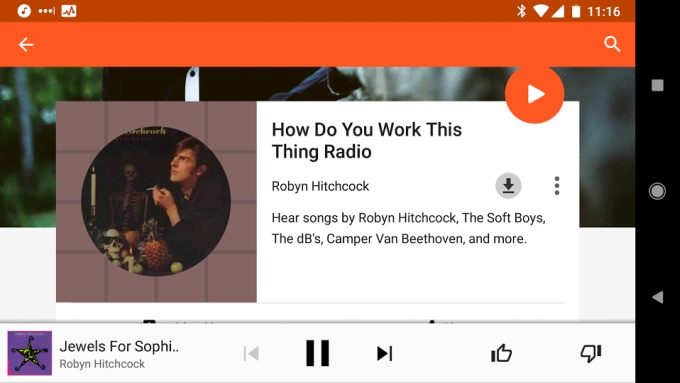 According to a report from Bloomberg, the new service could launch in March, and it’s internally being referred to as Remix or maybe YouTube Remix, although it’s unclear if that will be its final name.

Remix would allegedly “include Spotify-like on-demand streaming” and extra features from YouTube “such as video clips.”

On the one hand, having a single app that offers music streaming and music videos would certainly make more sense than offering two different sets of apps. But the current mashup of features with a complicated user interface doesn’t exactly leave me confident that a Remix app with music and video will be easy to navigate.

It’s also unclear if it’ll really be all that different from Google’s current offerings. Then again, maybe all the company really needs is a new name to help differentiate its subscription music streaming service from that cloud music locker service the company launched years ago and that repository of cat videos that launched in 2005.