The 2018 Chromecast is a little faster than the model Google has been selling since 2015 and it adds a few new features. But the $35 media streamer may be a bit outclassed by the competition. 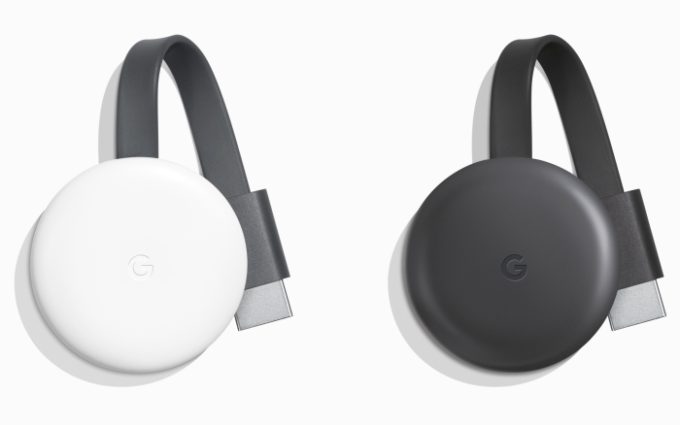 That said, the new model is said to be 15 percent faster than its predecessor and it adds support for 60fps video.

Later this year Google will also roll out support for multi-room audio, allowing you to stream music from services including Spotify and YouTube Music to multiple devices simultaneously including a Chomecast-connected TV and speakers.

The new Chromecast also has a slightly different design and comes in a choice of two colors: black or white. That probably doesn’t matter all too much since most folks will probably plug a Chromecast into an HDMI port on the back of their TV, never to be seen again.

If you’re not satisfied with 1080p, Google does still have the $69 Chromecast Ultra. It supports 4K HDR content and works pretty much the same way as other Chromecast devices. But while $69 seemed like a great price for a 4K media streamer when the Chromecast Ultra launched in 2016, it’s now one of the more expensive ways to watch 4K content from YouTube, Netflix, and other sources on your TV.