Google has a habit of using software to do things competitors do with hardware. Apple added support for bokeh-style portraits by introducing a second camera to its phones. Google let blur the background of photos using just a single camera thanks to software algorithms.

The latest iteration? Google has basically cloned Apple’s 3D Touch feature. But instead of using pressure-sensitive touchscreen displays, Google did it with software.

The timing is interesting though — Google’s new “firm press” is rolling out to Google Pixel phones now. But Apple has phased out 3D Touch in recent years, instead opting for an Android-like long-press function. 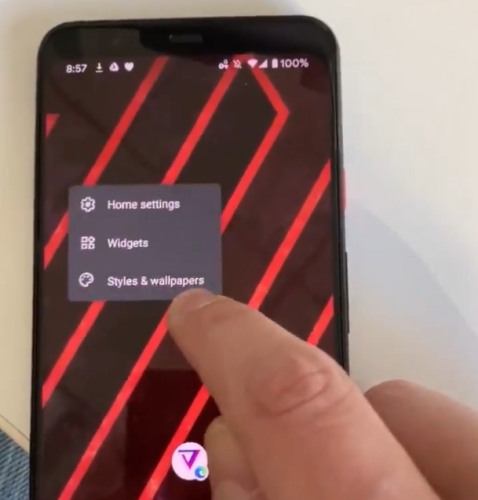 Instead of long-pressing and waiting a moment for context menus or other options to pop up on their phone screens, Pixel users who have received the latest Google Pixel Drop can press their phones harder to bring up those menus more quickly.

For now the feature only works with the Google Pixel 4.

So how did Google actually do this without adding new hardware? According to a report from The Verge, Google used algorithms to detect how much of your finger is actually touching the screen when you tap the phone.

A light tap means just a small portion of your finger is likely touching the glass. Tap harder, and more of your skin touches the screen and gets noticed by the capacitive touch sensors. So Google figures out what a normal press looks like… and then it can deduce a firm press from that.

Folks who’ve had a chance to try out the feature so far have seen mixed results. But worst-case scenario? You keep your finger on the screen long enough and it’ll be detected as a long-press anyway.

Android Police notes that firm presses are only detected by a few apps at launch including Pixel Launcher, Google Photos, and Google Drive. But it should be available in more apps in the future. Or maybe Google will just send it to the graveyard. After all, Apple already did.

Got the update (way earlier than I expected). Here’s Pixel smush press in action. It’s subtle and a little inconsistent, but it’s there. pic.twitter.com/9oVccEjJDF