Google is holding a hardware launch event on September 30th, when the company is expected to officially introduce the Pixel 5 and Pixel 4a 5G smartphones along with several other products… which have just leaked.

To be fair, details about the new Google Chromecast with Android TV has been leaking for months, but now German site WinFuture has posted a series of pictures of the device, formerly known by its code-name “Sabrina.” 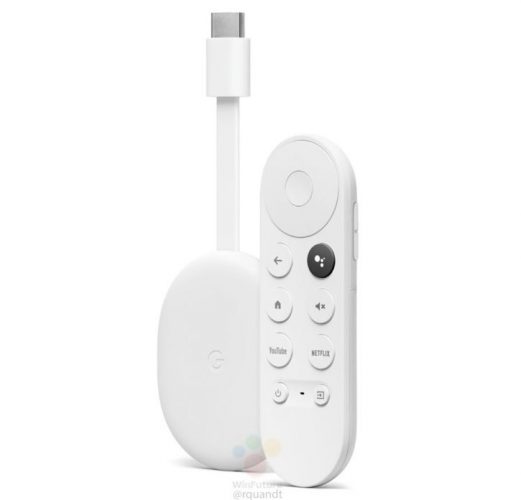 There aren’t many details about the new speaker, but it’s clearly a Nest Audio product with a fabric cover, four status LED lights, and a design that makes it appear to be substantially larger than the Google Nest Mini, but smaller than the Google Home Max, which could make this device a next-gen mid-range smart speaker that will fill the gap where the discontinued first-gen Google Home smart speaker used to live. 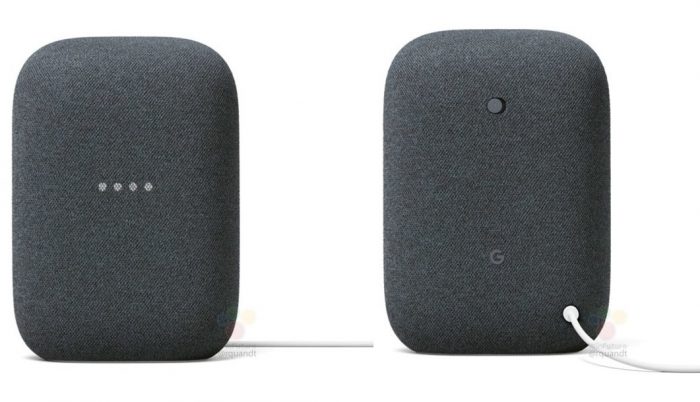 As for the new Chromecast, we know much more about it thanks to a series of leaks.

Like most recent Chromecast devices, it’s a dongle that hangs from the HDMI port of a TV. But unlike every Chromecast product to date, it also comes with a remote control – because while you can still use your phone or computer to control media playback, the new Chromecast is a full-fledged Android TV device that has its own user interface.

The remote has a home, back, mute, and power buttons as well as dedicated YouTube and Netflix keys. There’s also a direction pad at the top that can be used to control media playback or navigate menus. And there’s a Google Assistant key that you can press to trigger Google’s voice assistant software.

The device is expected to feature an Amlogic S905X2 processor and 2GB of RAM, which should be good enough for 4K video playback.

You can find more details (and images) at WinFuture.