Google’s Project Ara modular phone platform has been under development for years, and soon you’ll finally be able to get your hands on one. The first Project Ara developer kits will ship in the fourth quarter of 2016, and Google says it’s working on a consumer edition that will be available in 2017.

The company showed off the latest prototype at the Google I/0 2016 developer system, and it seems to work a lot better than earlier demos.

But the latest version of Project Ara might not have all the functionality we had been expecting. 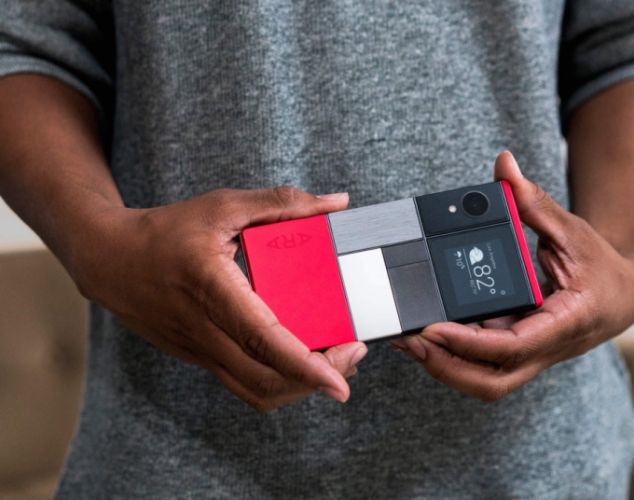 Project Ara allows you to swap out modules to change the camera, add extra battery power, insert high-quality speakers, or add storage to you device. And they let you do all of that without even rebooting your phone… or tablet, because Google says the Ara platform will eventually expand to form factors other than smartphones.

The Ara phone developer kit has a 5.3 inch display and features space for 6 modules that you can swap to change the functionality and design of your device. You can add a module just by snapping it in place and beginning to use it. To eject a module, just open a manager app and choose the module you want to remove. Not only will it be disabled in your phone’s software so you can safely remove the module… it’ll actually pop out.

In fact, during a demonstration, a Google representative used voice controls to eject a module just by saying “OK Google, eject the camera” to make it pop out of the back of the phone. 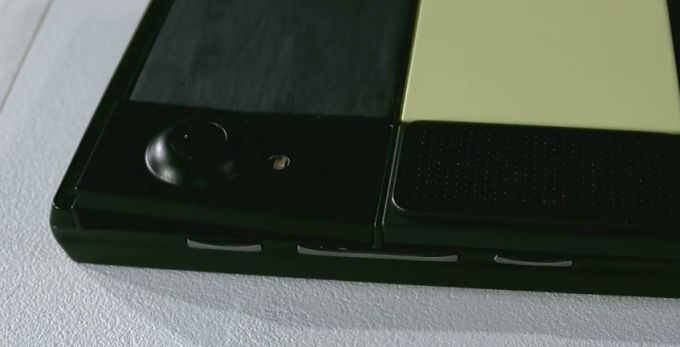 Ara began as a project developed under Google’s ATAP division, which works on experimental projects like tiny radars the let you control devices with gestures, or touch-sensitive fabric. But now Ara has graduated from the Advanced Technologies and Projects group and it’s now a new division within Google.

Google says modules released for current devices will work on future phones, tablets, or other products. And modules released in the future should work with the first Ara devices, because there will be a unified standard for modules.

The Greybus system that allows the modules to communicate offers data transfer rates of up to 11.9 Gbps, which Google says is more than enough speed for 4K video and other demanding tasks.

The slightly less good news is that Project Ara phones might not be quite as modular as initially promised: according to the Project Ara website, the Ara frame that holds everything together has all of the basic functionality of a phone, including the display, processor, storage, antennas, sensors, and battery.

So you won’t be able to upgrade or change those components. Still, if you invest in modules you want to keep, you can upgrade the frame in the future and keep the camera, speakers, or other hardware you already have.

The company figures not only will it allow users to create their own custom phones and other gadgets by purchasing the exact hardware they want… it could also mean that you won’t need to upgrade all of your hardware at once. Want a phone with a better camera? Keep the phone. Buy a new camera.

It also opens the door for modules serving a select group of people. It doesn’t make a lot of sense for a company that wants to sell a phone to as many people as possible to include a glucose meter for diabetics in a smartphone. But a health technology company could create a glucometer module for the Ara platform and offer it for diabetics that might need to check their blood sugar multiple times a day, but who don’t want to have to carry around separate devices.

Since modules are hot swappable, you could also remove a speaker and add a battery when you expect to need the extended run time, but not loud audio. Or you could buy a series of camera modules for different situations. One might measure heat, for example, while another might have an optical zoom lens.