Google’s Advanced Technology and Projects Team hopes to be able to sell you a modular smartphone starting in early 2015, with prices starting at just $50. For that price all you’ll get is the skeleton of a phone with built-in support for WiFi. If you want cellular connectivity, a camera, even a touchscreen display, you’ll have to install separate modules.

Still, the idea of shipping a modular smartphone at all is pretty ambitious, and Google’s hoping to do it less than two years after coming up with the idea for its Project Ara modular phone. 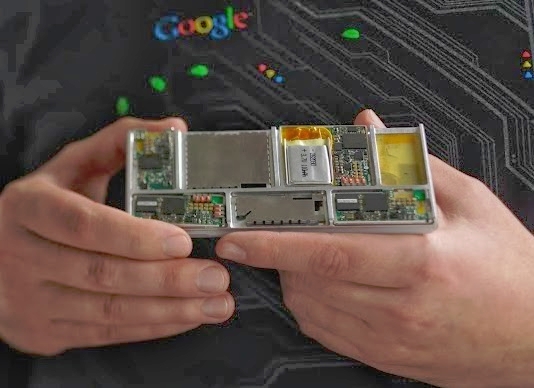 TIME’s Harry McCracken has a detailed look at Google’s modular phone project, and reports that the team is still working to bring down the cost. But the goal is to have a working prototype within weeks and a real product by early next year.

Right now if you want a smartphone you pretty much have to buy a device designed and built by large companies. Want a better camera, higher resolution display, or longer battery life? Then you’ll have to select the phone that best meets your needs.

A modular phone, on the other hand, would let you pick up individual models that meet your needs one at a time. If you never snap photos with your phone you can skip the camera modular altogether and use the space it would have taken up for an extra battery — or something else altogether.

Google is holding its first Project Ara developer conference in April, where the company plans to launch a developer kit that will let anyone design modules for the phone.

While that means we’ll probably see plenty of camera modules, wireless modules, and speaker modules, it means we could also see people design modules that help smartphones do things that they generally don’t today. We could see modules for niche markets.

What about a module that accepts audio input from a broadcast-quality microphone, for instance, for journalists or musicians who want to use their phones for field recording? How about a module for 3D video recording for the handful of people who actually care about that technology? You’re not likely to find a Samsung Galaxy phone with those features anytime soon, but a small startup making those modules wouldn’t need to sell millions to make a profit.

At this point, Google envisions offering 3 different endoskeletons in small, medium, and large sizes. A medium version would have room for 10 modules, each measuring around 4mm thick. That’d result in a smartphone that measures 9.7mm thick, or  just a tad thicker than an HTC One.

Modules would be held together using latches and magnets — and everything would be hot-swappable, which means that you could swap out camera modules, for instance, without rebooting the phone. So you could move from a wide-angle lens to one with optical zoom to quickly snap photos of different subjects.

There are a lot of hoops to jump through before the first modular phones go on sale — and it’s anything but clear whether these devices will appeal to anyone other than geeks. But Google’s team is hoping to make these phones truly accessible, even to folks who may never have owned a smartphone before. You may be able to customize and purchase Project Ara devices from convenience stores or mobile kiosks one day.

Not only would it let you choose the features you truly want in a phone instead of relying on decisions made by a big company, it could also open up the design of smartphone hardware to many more people. Not only could a startup design a new phone camera, mic, or speaker without having to convince a phone maker to include it in their hardware — hobbyists may eventually be able to design their own hardware and even print some or all of it at home using 3D printers.

Or maybe this is all wishful thinking… it’s not like Google hasn’t put time and effort into designing products that went nowhere. But it’s hard not to get a little excited about the idea of a phone that’s at least a customizable as a desktop tower PC.