Google has updated its Gboard app for Android, and version 6.8 includes larger images in the emoji picker and a whole new(ish) way to enter text. There’s now support for handwriting.

Previously you had to install a separate keyboard app if you wanted to print letters rather than typing on a virtual keyboard. But starting with Gboard 6.8, a single app lets you do both. 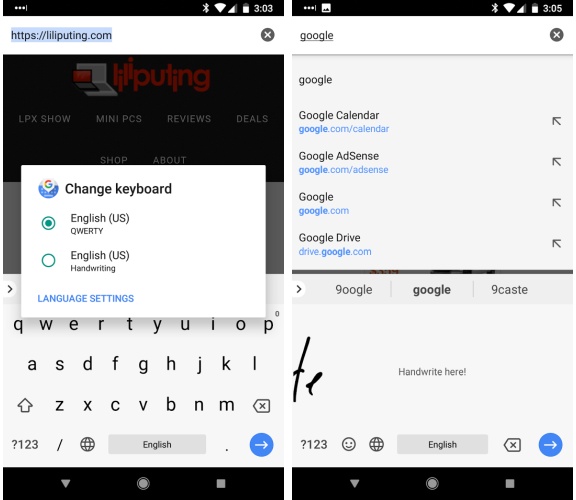 As noticed by the folks at Android Police, using handwriting recognition isn’t quite as simple as tapping a button. You’ll have to go into your phone’s settings, add a keyboard, and choose the handwriting option that matches the language you want to use before you get the ability to switch back and forth between handwriting and keys.

Android Police also examined the code inside the Gboard 6.8 APK file and discovered clues to upcoming features, including support for a fullscreen handwriting keyboard option and an updated theme engine. It looks like Google also plans to let you share animations captured through the Motion Stills app as animated GIFs in Gboard.