Google has two different Gmail apps. There’s the official Gmail app that ships with most smartphones, and a few years ago the company introduced an experimental new app called Inbox that let you interact with Gmail in a brand new way.

Now Fast Company reports that Inbox is going away. Sort of. In a lot of ways, the spirit of the app will live on… in Gmail. 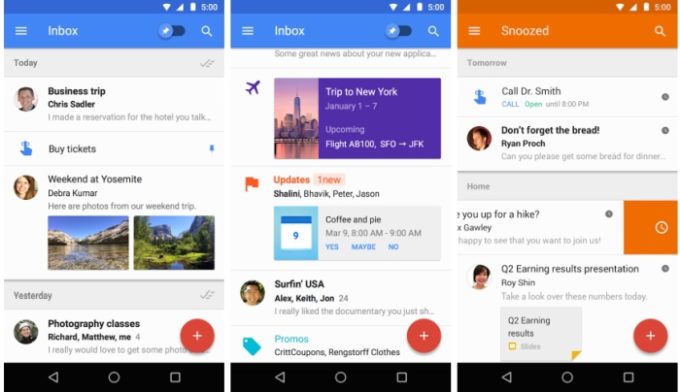 Some of the features that made their debut with Inbox have found their way to the core Gmail experience over the years, including smart replies, which automatically suggest text to help you send quick follow-ups to messages, for example.

Google notes that while not every Inbox feature will be salvaged, there are a number of other tools that have already made their way to Gmail include the ability to snooze messages, nudges to follow-up on old messages, and hover actions on a PC.

According to Fast Company, Google plans to retire Inbox by March, 2019. That gives users about a half year to switch to the Gmail app or a third-party solution. But one of the nice things about Inbox is that it was really always just a front-end for Gmail. So while you might lose access to some features you’ve grown accustomed to, switching apps is as simple as tapping the Gmail icon on your phone.

6 replies on “Google’s Inbox email app is shutting down”